400 Nigerian students are missing after armed gunmen attacked a secondary school in the country’s northwestern Katsina state, according to the police.

Police engaged the attackers in a gunfight that gave (some of) the students the opportunity to scale the fence of the school and run for safety.”

The school is believed to have had more than 600 students and so far only 200 are accounted for.

“The police, Nigerian Army and Nigerian Air Force are working closely with the school authorities to ascertain the actual number of the missing and/or kidnapped students,” said Isah. “Search parties are working with a view to find or rescue the missing students.”

Residents of the town reported seeing attackers taking the students away.

President Muhammadu Buhari, accused of failing to provide security in the country’s north, in a statement said “The military, supported by airpower, had located the bandits’ enclave in Zango/Paula forest in the Kankara area, and there have been exchanges of gunfire in an ongoing operation.

”Our prayers are with the families of the students, the school authorities and the injured.”

This attack on a school by armed gunmen rekindles memories of the infamous attack in April 2014 when members of the Islamist terror group Boko Haram kidnapped 276 girls from their school dormitory in Chibok in northeastern Borno State. About 100 of the girls are still missing. 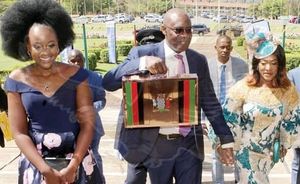 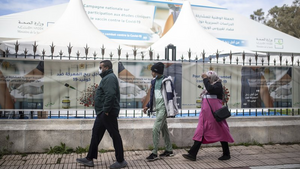