It doesn’t take you long to get an impression that Mr. Abrhame Endrias lives a fast-paced life. As we were walking to Kenenisa Hotel for our interview, he was already trying to address the topics we would be discussing, ranging from the African Continental Free Trade Area (AfCFTA) deal to his business journey.

“I love teaching. And now I am into agriculture,” he said

Particularly, his agribusiness career, which spans seven years of horticulture farming, was shaped at an early age by his father who used to encourage him to read books about how China and Russia revolutionised their agriculture during the communist era.

“The books were all about agricultural practices in modern farming. But we had no modern farming here, in Ethiopia. I think reading those books made me visionary to aspire for modern farming in my country. My Dad used to assign each member of the family a tiny piece of land in the backyard on which to plant vegetables,” he said.

A former lecturer at Adama Science and Technology University, Mr. Endrias holds a Master’s degree in Business Administration from Addis Ababa University. With a monthly salary of just below US$50 from his teaching assistant role, Mr. Endrias was struggling to cater for all his financial needs.

Therefore, it’s the combination of his social objective to reduce poverty in rural Ethiopia through improved farming practices as well as his desperate search for financial freedom that motivated him to pursue agribusiness. With a loan of US$2,000 from Adama University Workers Saving and Credit Association, Mr. Endrias ventured into growing vegetables on nine hectares of land that he rented from farmers in 2011.

Moreover, he realised that farmers, mostly smallholder farmers, were struggling with low productivity due to poor farming practices. This was an opportunity for him to touch people’s lives while improving his financial status.

“ At first, I wanted to buy tractor for rent. Later I realised seeds and chemicals are not easily accessible too. I decided to provide these inclusive farm services. I wanted to work with farmers and increase their productivity,” he said.

His company, Green Agro Mechanization, which he established in 2013, helps to provide machinery to farmers for rent as well as better seeds and insecticides.

“We started to help the farmers with ploughing, harrowing, planting, supplying crop chemicals and harvesting by providing them machineries such as tractors and planters for rent,” he said.

With an estimated annual revenue of US$450,000 and an asset base of US$310,000, Green Agro Mechanization, now facilitates farmers with more services, including farm credit facilities.

“They (farmers) pay 60% of their purchase and we cover 40% with the maturity of the credit in harvesting period,” he said, adding that he recently launched a One Stop Farming Solution, a model that contains a service center where farmers acquire farm inputs, veterinary drugs, and animal feed and mechanization services in Sagure, a small town which is 178 km from Addis

The young agripreneur, who is seeking opportunities to expand his business beyond Ethiopia, is upbeat about the AfCFTA, which is now billed as the world’s biggest free trade agreement.

“Here (in Ethiopia), our challenge is not only food scarcity. The farmers struggle to find adequate market for their potatoes. So they do not produce it sufficiently,” he said

Mr. Endrias is exploring new potential markets for farmers. He plans to export potatoes from surplus-producing Ethiopia to Djibouti, which faces a shortfall of food output. However, the mistrust from his potential clients, related to the inability to satisfy a huge market is a daunting challenge for the 31-year-old’s business prospects.

Compounded by low productivity, logistics challenges and a complex documentation process associated with cross-border commerce, exportation of agricultural products across borders is still an elusive business venture for Mr. Endrias and yet it offers enormous opportunities.

“Now the logistic issue is history because of the Ethiopia- Djibouti railway. I heard the train is travelling with under 50 per cent of its load capacity. This is an opportunity,” he said, adding that; “The burdensome administrative procedures will always be there.”

He hopes that the AfCFTA will ease some of these challenges.

“This is huge. Who knows we can export animal feed as well,

Like most African young entrepreneurs, especially agripreneurs, Mr. Endrias is challenged by limited access to finance his business expansion, in addition to ambiguous and complex policies and unpredictable political risks.

“We lack (progressive) policies to encourage private businesses to engage in agribusiness. And also we do not have a proven model to be successful in agribusiness. You try and fail…you try and fail and then succeed. And you know the political atmosphere (protests and strikes in the last three years) can never be undermined.”

The 2016 Mandela Washington Fellowship for Young African Leaders Fellow, who partnered with Professor John Lumkes, an Agricultural Engineer from Perdue University, to manufacture vehicles locally for threshing, irrigation power and transportation says that his company will benefited from AfCFTA’s free movement of business persons and experts in the area.

Specifically, as part of his strategy, he is seeking for technically skilled people to partner with.

The modern approach to agriculture projected by Mr. Endrias’ operations is one that other agribusiness operators in Africa find attractive, and in the past couple of months, he has been contacted by some prospective partners in Zambia who want him to take his model to their country.

“They want me to take my model to their country as well. They have a huge farm mechanization package by AGCO. They can have machineries cheaper than us. But they do not have my model,” he said.

Picture courtesy of The Reporter Ethiopia. 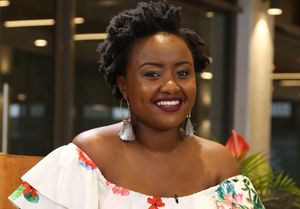 
WAWIRA NJIRU; No child should miss school because of food


Meet Malcolm Sila; The Master of Kenya’s photography business- you need the negatives to develop! 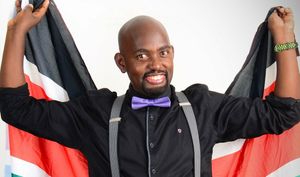