The AfCFTA came into operation on January 1st, and all countries except Eritrea have signed up. It consists of 1.3 billion people with a combined GDP of $3.4 trillion.

UNCTAD is urging African governments to capitalize on the free trade area by introducing affirmative action initiatives in public procurement for marginalized groups and prioritizing support for industries in which trade reforms would build inclusiveness. “AfCFTA could spur sustainable and inclusive growth on the continent if stronger support measures targeting women, young traders and small businesses are implemented,” a section of the report read.

Inequality is rife in Africa, where less than 20 countries have recorded inclusive growth in the past two decades. At least 34% of households on the continent live on less than $1.90 per day and UNCTAD says that advancing women equality could add 10% or $316 billion to Africa’s total GDP by 2025.

“Inclusive growth is critical for Africa precisely” because poverty and inequality are very high, Junior Davis, head of policy and research branch in the division for Africa and least developed countries at UNCTAD, said in an interview.

“If the opportunity can be adequately tapped and the potential through the AfCFTA realized, you can build greater resilience to the impact of economic shocks and foster deeper cooperation on regional trade.”

The free-trade agreement could bolster intra-African trade exports to 43% of its total from 14.4%, and a further $9.2 billion of export potential could be realized through partial tariff liberalization under the AfCFTA over the next five years, the study found. 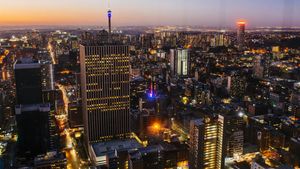 
South Africa's economy shrinks by 1.5% in wake of travel bans and riots


What next for The Gambia after President Barrow's re-election? 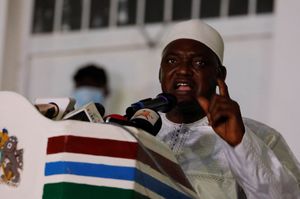