A newly released report by UNCTAD has outlined the role the African Continental Free Trade Area (AfCFTA) could play in boosting transport communication networks that will spur intra-African trade.

Despite the similarities in languages and ethnicities, African countries seldom trade with each other. Policymakers hoped to change the status quo with the rolling out of the AfCFTA agreement in 2017. Trading under the agreement began in January.

According to UNCTAD, positive trends in maritime trade could boost intra-African trade by 33% and cut Africa’s trade deficit by 51%.

“The AfCFTA is expected to increase demand for different modes of transport, including maritime transport in between different African countries, which in turn will increase investment requirements for infrastructure and equipment such as ports and vessels in the case of maritime transport,” the report says.

The report warns that for the continent to fully realize the benefits of the Free Trade Area, authorities must urgently finance and develop adequate transport infrastructure and services that support maritime connectivity.

The report by UNCTAD backed reviews recently released by the United Nations Economic Commission for Africa (UNECA) that indicated cargo transported by vessels would increase from 58 million to 132 million tons with the implementation of the AfCFTA.

According to UNECA, Comoros, Gabon, Gambia, Ghana, Madagascar, Mauritius, Mozambique, Namibia and Somalia will experience a surge in traffic through their ports by 2030 as a result of the AfCFTA. If the necessary infrastructure projects are implemented in Africa, the continent’s maritime fleet is projected to increase by 188% for bulk and 180% for container cargoes.

However, challenges lurk. Long port call times for vessels, significant liner shipping connectivity issues and drops in maritime volumes due to disruption caused by the COVID-19 pandemic are key among the challenges affecting Africa’s maritime sector.

Africa is expected to experience some recovery in output and cargo imports, but unfortunately it would be relatively moderate compared to other world regions.

UNCTAD estimates Africa’s international maritime trade, including both goods loaded and discharged, to have fallen by 7.6% in 2020. However, 2021 has seen a revival in world cargo trade although uneven. Exports from Africa and the Middle East still remain under pressure.

UNCTAD further notes that the longest times in port for container ships are generally in Africa, especially in countries like Nigeria, Sudan and Tanzania. Notably, Morocco is an exception since it has one of the world’s shortest times for vessels in port. Tanger Med in Morocco was also Africa’s best-connected port in 2020. 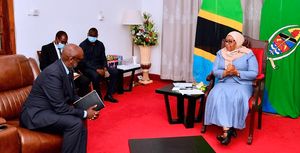 
What is load shedding and why is it happening in South Africa? 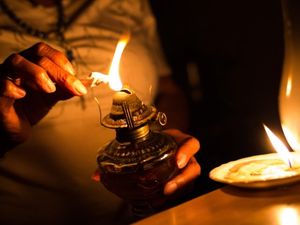