The Africa Center for Disease Control (Africa CDC) has secured 400 million more doses of the AstraZeneca COVID-19 vaccines, as the body aims to immunize 60% of the continent’s population over three years.

The continent is in a disadvantaged position in the race to obtain vaccine shots for its 1.3 billion population as wealthier nations steam ahead with mass immunization campaigns.

John Nkengasong, director of Africa CDC said that in addition to 270 million doses previously secured, the bloc would get 400 million shots from the Serum Institute of India (SII) – all AstraZeneca/Oxford University shots.

The AstraZeneca vaccine is the cheapest option and one of the best suited to African health systems as it does not require storage at ultra-low temperatures like vaccines from American company Pfizer and its German partner BioNTech.

Governments hope to vaccinate about 30-35% of Africans this year, rising to 60% in two to three years. The African Union (AU) has said vaccines secured by its vaccine task team will be allocated according to population.

While in the beginning, the pandemic did not hit Africa hard as projected by experts, since the turn of 2021, mortality rates in the continent have surpassed the global average. The need for vaccines has become more apparent as most countries battle a second and third wave of the virus.

Africa has reported 3.5 million infections and 88,000 deaths according to a Reuters tally.

However, not everyone in the continent is receiving the vaccine with open arms.

Tanzanian President John Magufuli has questioned the efficacy and reliability of the vaccines, going as far as to suggest that it may be a malign foreign plot. “Vaccines are not good. If they were, then the white man would have brought vaccines for HIV/AIDS,” he said during the opening of a new farm in his western home region.

The East African country was one of a handful across the globe that discouraged mask-wearing and social distancing, discontinued data publication, and despite fears and allegations of a widespread cover up of fatalities from the disease, there has been no credible information to suggest that has occurred.

Streets in Tanzania are filled with citizens who are happy to maintain their day to day lives without interruptions. Tourists flock the beaches in Dar es Salaam and Zanzibar seeking relief from quarantines, lockdowns and mask wearing measures.

That approach has also led to many citizens in other African countries to question the effectiveness of such restrictions undertaken by their governments in what they term as “moves to stop the spread of COVID-19.”

Tanzania’s economy is projected to grow by 6.5% in 2020, while most economies slip into recession like its northern neighbor, Kenya, which fell by 1.1%

WHO Africa director Matshidiso Moeti urged Tanzania to implement such measures, prepare vaccinations and share data. Africa is at a crossroads and all Africans must double down on preventive measures,” she told an online news conference on Thursday, saying WHO officials were in touch with Tanzanian officials. “Science shows that vaccines work.”

Magufuli’s government has published no coronavirus data since May 8, when the country had 509 cases and 21 deaths.

He urged Tanzanians instead to trust God and use alternative remedies such as steam inhalation.

“We in Tanzania managed to stay for a year without corona. Even here, no one has put on a mask. Our God is beyond Satan and Satan will always fail using different diseases,” he said in a speech in his western home area.

Nkengasong said the Africa CDC was exploring obtaining more vaccines from China, Russia and Cuba, and would work with any partner whose vaccine was safe and effective. 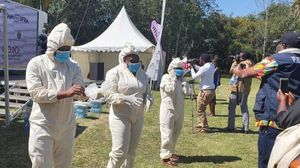 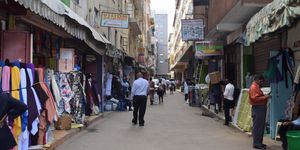