Africa’s aviation sector is struggling to hit pre-pandemic levels, with airlines projected to lose revenues worth $8.5 billion in 2021 due to ongoing travel bans and limited domestic travel. However, the figure represents a slight improvement from the year before when losses mounted to $10.21 billion.

According to the African Airlines Association (AFRAA), the poor performance is a direct threat to the survival of the African aviation industry.

From January to November 2021, air passenger traffic reached 41.6% compared to the same period in 2019. Similarly, capacity reached 58%. The domestic market maintained the biggest share for capacity but reduced traffic in August 2021, with demand for passengers outperforming intra-Africa and intercontinental at 39% compared to 29.3% for intra-Africa and 31.6% for intercontinental.

As regards to passenger seats offered, domestic, intra-Africa and intercontinental travel account for 44.7%, 22.4%, and 32.9% respectively.

“However, as of November 2021, we noted a slight decreased from 81.3% in October to 80.8% in November 2021 due to some airlines that closed few international routes, among which Air Arabia Maroc and EgyptAir,” part of the statement read.

Despite the lifting of restrictions by governments, passenger traffic volumes remained due to inconsistencies in the messaging regarding border closures, health protocols and continued surge in COVID-19 infections in some countries.

The recent move by the U.S. and EU to restrict travel from South Africa, Botswana, Zimbabwe, Namibia, Lesotho, Eswatini, Mozambique and Malawi after the discovery of the Omicron variant by South African scientists could further derail recovery.

AFRAA has hit out against those travel bans saying, “The unscientific, poorly targeted, knee-jerk reactions that have not helped much in containing the SARS CoV-2 virus since March 2020 seem to be the preferred response to scientific challenges of our time.

“Restricting travel has never been the solution to curtailing the spread of COVID. On the contrary, such restrictions have adversely impacted economies and unleash untold hardship.”

It’s not just AFRAA that has questioned the relevance of travel bans. The Africa Centres for Disease Control and Prevention (Africa CDC) says the history of the pandemic has indicated travel bans served little purpose in managing the spread of the virus. 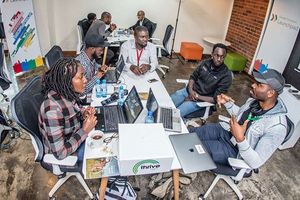 
Travel ban on Africa is a punishment, not solution to COVID-19 pandemic