Africa is at an energy cross-road. On one hand, the most talented, better educated, most entrepreneurial and competitive generation the continent has ever had is rising and taking on leadership positions that will propel African companies to become more competitive.

After many turbulent decades, most corners of the continent have found the necessary political and economic stability to strategize for a better future making use of their natural resources and wealth. Nowhere else on planet Earth are economies and populations expected to grow faster than in the mother-continent.

After such a long time dealing with the problems of the past, Africans can look to the future with the promise of a better life. After all, when it comes to natural resources such oil, gas, coal, diamonds, rare earths, woods, or agricultural potential and legacy-free technological development, there is no place like Africa. Over the last decade, most of the world’s biggest oil and gas discoveries took place on the African continent, and rapidly developing indigenous companies are ensuring these resources serve Africans and African economies more than they ever did before, resources that will power industries, light homes and create wealth.

Our time to rise is finally here

I have had the chance to witness this with my own eyes. From Equatorial Guinea to South Africa, from Angola to Mozambique and from Kenya to Senegal, the energy industry, the one I know best and the one closest to my heart, is revolutionizing life. Political leaders are willing to learn from the mistakes of the past to improve resource management, contract negotiations and environmental protection policies.

Most of all, they have developed local content policies that potentiate the participation of Africans in these industries. Oil and gas training programmes and university degrees that cater to the industry like engineering are now more common than ever. These programs are educating and giving opportunities for numerous Africans to find work in the industry and further, to start their own companies within the industry’s supply chain. While the drive to strengthen the integration of the energy sector and other extractive industries with the rest of the economic system is far from complete, it has certainly been fundamental in developing Nigeria’s indigenous upstream sector or in building a truly native gas industry in Equatorial Guinea. In Nigeria for example, this critical mass of local talent has been instrumental in the establishment of regional energy giants like Seplat Petroleum, Sahara Energy, Atlas Petroleum International Limited and Shoreline Natural Resources, whose influence is felt more and more beyond Nigeria’s boarders.

Local content clauses in contracts are the way African leaders assure that the exploitation of the local natural resources has a trickle-down effect on the local economy, through job-creation and increasing local participation in the value chain the industry brings with it. Furthermore, most recent localization strategies for the oil and gas sector have been successful in developing truly native associated industries, particularly within the natural gas supply chain. As the Africa Energy Chamber has advocated since its establishment, we are finally seeing petrochemical plants, fertilizer plants and gas-fired power plants popping up across the continent. An African natural gas economy is growing where before the plague of flaring stood unmatched.

Intra-African trade in both natural gas and Liquefied Natural Gas (LNG) is also likely to rise significantly, on the back of rapid urbanization and development across the continent which is set to increase energy consumption on the continent by more than 50% before 2040, This will speed up wealth creation and capacity building across borders.

Following the oil price crash of 2014, many countries across Africa have sought to reposition themselves to attract investment into their energy sectors through the introduction of varying incentives. These incentives ranged from granting tax breaks to potential investors to reducing bureaucracy affecting the sector. On the other hand, the recent global climate change discourse which has also intentionally sought to demonize and simply hinder investments into Africa’s oil and gas sector, poses a new challenge to the growth of the sector in Africa.

Worryingly, these two issues are taking attention away from the need to ensure that the African energy industry benefits Africans at large and fulfils its transformative potential to raise the continent out of poverty.

The African energy transition will not be made in the West

The issue of climate change has come to dominate the global debate over the energy sector. An energy transition is necessary to tackle the effects of CO2 emissions on a planetary scale. While Africa has contributed only a miniscule part of those emissions, it stands to suffer the most from the effects of this change, and must as well prepare for a progressive shift in its energy structure. In many ways, the channelling of natural gas for power generation and the upgrading of oil and gas infrastructure and equipment to improve efficiencies and reduce the industry’s carbon footprint is already going a long way to achieve that. New renewable energy projects from Kenya to South Africa will also help balance out the continent’s energy matrix as it expands its electrification rates to reach every African in every corner of the continent.

Many international and foreign institutions have already started to share their expertise and support with African governments and many foreign investors have started to develop their own projects in the mother-continent. Wind farms, solar parks, geothermal drilling, hydropower plants, etc, are taking advantage of each region’s available resources. Here too, these renewable resources must be used for the benefit of Africans, and they must be developed with the participation of Africans and in a manner that is sustainable economically and to a scale that is capable to supporting the growth of industry that provides for good paying jobs.

It is fundamental that these new technologies and sources of energy suit the communities which they are meant to serve. Climate concerns cannot side line discussions over local content and localization strategies. They must go hand in hand, be one and the same, or else we may again find ourselves dependent on foreign knowledge to provide for our energy needs. Such dependence is unlikely to lead to the mass scale of development with the potential to lift large swaths of the population out of poverty.

Education programs and employment clauses are a fundamental step of the energy transition and not a secondary aspect of it. Market-driven local content frameworks need to be designed for capacity building, employment generation and overall enforcing a value-adding multiplying effect in our economies.

This debate is now more important than ever, as Africa opens up to new industries and to greater trade integration. As more and more African nations gain the expertise to explore their natural resources for the betterment of their economies and their people, we need to see further integration and cooperation between them, so that the continent can take advantage of synergies that different regions and industries can offer.

Already, we see examples of gas-poor countries like South Africa investing in natural gas and LNG projects in gas rich Mozambique with the aim of reducing their growing energy deficit. As demand rises, exploration will accelerate and so will the use of the vast gas resources, including those that continue to be wasted through flaring. The African Continental Free Trade Zone is an ideal platform to promote the development of an intra-African natural gas trade that will promote widespread economic growth and access to power. Again, it is fundamental that these developments are pegged to well implemented and designed local content policies, so that Africans can truly benefit from the exploitation of their continent’s resources, and by so doing, ensure that Africa’s energy transition will be driven and made sustainable by those that will transition with it. 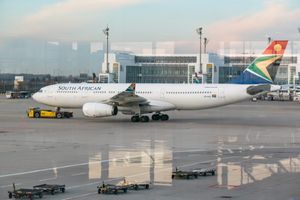 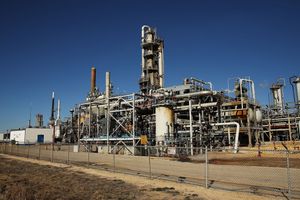