Mureza, a car manufacturer whose story transcends borders, will begin sales in the Namibian market next month after a successful release of its first batch of units in Zimbabwe and South Africa a fortnight ago.

Mureza was founded by Tendai Mungofa, a Zimbabwean national based in South Africa, and the company aims to create a vehicle that speaks to the different aspects of Africanism that borders originality, durability, adaptability, while encompassing the very latest technology and model design scalability.

Mureza Namibia country chief executive officer Lancelot Musesengwa says the launch in Namibia is part of the company’s expansion plan that will also see the brand being traded in other countries in the southern African region.

Aside from Namibia, the automobile maker is also targeting Angola, Botswana, and the Democratic Republic of Congo (DRC), with test launches having been already carried out in South Africa, Zimbabwe, Namibia and the DRC.

“The African Dream Car Prim8 is Mureza Auto Co.’s debut vehicle. It is the first ideologically African initiative and creativity that is owned, assembled and designed with full African consideration for finer taste,” Musesengwa said.

“Mureza Auto Company has led the way in challenging the norm by breaking new ground, showing that Africa has come of age from rudimentary confinements to embrace the pan Africanist philosophy where innovations and customisation of identified solutions are brought home for all to enjoy.”

Mureza is a relative newcomer to the automotive scene. It debuted in 2019 at Automechanika Johannesburg, the South African spinoff of the German trade-only automotive fair, where it announced a joint venture with SAIPA, the Iranian car manufacturer. The joint venture has since received financial backing from the UAE, and a license to build and distribute its cars in South Africa.

Based on SAIPA’s Quick, which was released in Iran in March 2017, Mureza’s Prim8 is a third-generation crossover with the architecture of a third-generation Kia Rio. The Prim8 is being assembled from SKD kits at the Automotive Supplier Park in Rosslyn, near Pretoria.

Mureza’s ambition is to “bring quality and affordable vehicles to the African continent,” says CEO Tatenda Mungofa, and eventually “to become the leading car manufacturer in Africa.”

The Prim8, for now only available with a petrol engine, sells at around €11,300 in South Africa and Zimbabwe. Its specifications include keyless opening and closing, Bluetooth and satnav, touchscreen and rear camera, ABS brakes, and tire pressure monitoring.

Other models in development include the T1, a bakkie – i.e. the pickup segment that is very popular in Southern Africa. It and other models are set to roll out next year.


Zambia heads to the polls amid a pandemic. 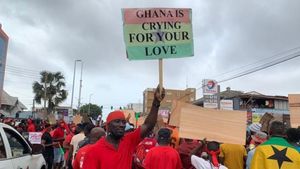