Africa's journey to self reliance through food security.

70% of Africa’s economies are at severe risk of food, energy and finance crisis due to Russia war in Ukraine. However several specialized agencies and development lenders are considering a plan to boost food production in Africa and avert a heavy toll looming on the African continent. A few questions still remain: Why is Africa still heavily dependent on help from these agencies? Can’t we be self-sufficient? Are these efforts ever going to be enough?

“The war is supercharging a three-dimensional crisis in areas food, energy and finance -weighing heavily on some of the world’s most vulnerable people, countries and economies,” said UN Secretary-General Antonio Guterres.

Guterres announced the establishment of the 32-member UN Global Crisis Response Group . This group is set to help decision makers around the world mobilize solutions and develop strategies to help all countries deal with the interlinked crises. In its first brief it found out that 41 African countries face maximum exposure to at least one emergency caused by the war. Is this a cause for alarm? Yes it is, but there is still so much African countries can do individually to help them survive in times of turmoil, unfortunately little is done to achieve it.

It is without a doubt that Ukraine and Russia are two of the major global suppliers of agricultural commodities such as maize, wheat and sunflower oil.  The two are also well known for their major production of fertilizers and energy. Most Sub-Saharan countries heavily depend on these two countries for imports in these areas.

The UN Economic Commission for Africa (ECA) estimates that food prices reached a 14-year high in March with oil prices having surged to the highest since 2008 ever since the stalemate began in late February. This has caused uproar world over, over the past few weeks but these effects are being felt in Africa more especially in the most vulnerable nations.

Many households across the continent spend a bulk of their income on food, much more than any other region in the world in spite of Africa having the capacity to be the ‘food basket’ of the globe. An increase in food prices translates into more out-of-pocket expenses and a negative impact on living standards and quality of life of many but what can be used as a counter measure to this?

Africa’s high dependency on food imports continues to push the continent behind in spite of its commitment to achieving zero hunger, a key sustainable development goal.

“Individual African countries should look into ways they can make new partnerships with each other that can make some quick bilateral exchanges instead of heavily relying on the West or East for their sustenance,” says Pacifique Nshimiyimana, CEO Real Green Gold Limited, Rwanda.

“ A case for instance of Rwanda and Kenya forging a new alliance with each other in order to get commodities, each individual country does not produce with what the other produces will go a long way.”

From where I sit as I look into the future, I can see African countries being food and energy sufficient and even becoming lead exporters of their produce but I ask Mr. Nshimiyimana  whether I am aiming too high and how possible it is to achieve such.

“I believe that if mobilized as one block, Africa can become self-sufficient in a short period of time however this requires the leadership to stop relying heavily on developed countries support and use what we have as a continent,”  he reiterates

Building better infrastructure will make transport networks better and movement of people and goods in between countries more efficient and accessible in turn improving manufacturing, food processing, production and distribution across the continent.

“If we can build a good road network to move products from one another and develop our farm production, we will be more self-sufficient that any other continent in the world,” adds Nshimiyimana .

The use of technologies in farming areas will also come a long way in making Africa independent in matters food and food sustainability. Adoption of drought-resistant food crops such as maize, heat-resistant wheat, and higher yielding seed varieties will not only ensure a bumper harvest for African farmers but also save us from the looming food crisis since we will feed ourselves and export the surplus.

History was made in June 2021 when Nigeria officially released genetically modified (GM) cowpea, which offers protection from the pod borer pest thereby dealing with the use of pesticides; which causes environmental degradation.

“I have full conviction that African countries are going to see Nigeria’s example in food security after it becomes the only country where GMO are given space to solve the issue of pesticides.”

” Currently Nigeria is seeking to start investment on pests and drought-resistant maize after the success of genetically modified cowpea and cotton,” asserts Nshimiyimana

A lot of solutions can be offered to help counter the looming food crisis that will affect millions of African citizens if not handled with utmost urgency but most of these can only come to life if policy makers can see to it that they are implemented. Until then we can only hope for a better tomorrow as a continent. 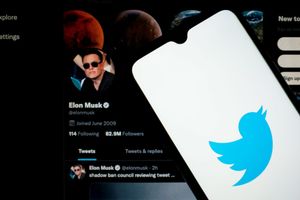