Despite months of repeated denials over the presence of COVID-19 infections in Tanzania, health authorities in the semi-autonomous Zanzibar archipelago have begun immunizations.

According to Zanzibar’s Health Ministry Permanent Secretary Omar Shajak, frontline workers began receiving Sinovac Biotech shots last week, and they plan to give a second dose after two weeks. “The Sinovac vaccines were originally meant to be administered to people who wanted to attend the annual Hajj pilgrimage,” Shajak said. “After Saudi Arabia prohibited foreign visitors due to the coronavirus outbreak, we decided to give those vaccines to our front-line workers.”

With Tanzania rolling out its vaccination programme, Burundi and Eritrea remain the only African countries to be left behind. The holdouts are due to an array of reasons ranging from denial of the severity of the disease to logistical challenges and hesitancy.

So far 3.46 billion shots have been given across the world. But Africa has fully vaccinated less than 1.2% of the population, according to the Africa Centre for Disease Control and Prevention, evoking fear among experts that countries that lag behind in vaccination may become a breeding ground for new coronavirus variants.

Over the weekend, Tanzania’s reported 408 cases of the infection, a first after the country stopped publishing infection and death rates for more than a year under directives from former President John Magufuli.

Last month, President Samia Hassan submitted a request for vaccines to the COVAX facility, and asked the International Monetary Fund for $571 million to help the economy recover from the pandemic.

Zanzibar aims to inoculate 1.4 million of its 1.6 million people — including children as young as 10 years — as part of a plan to reboot its tourism-dependent economy. The wider population will get shots once vials procured by Tanzania’s central government arrive, Shajak said. 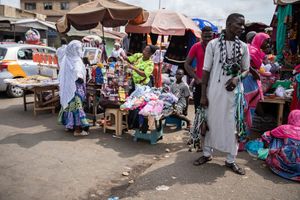 
Explained: What is happening in South Africa? 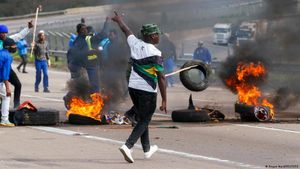