The Chinese government has announced its plan to invest over $300BN in Africa over the next three years. This was announced by Chief Dana Chen, the chairman China Africa Business Council during the signing ceremony of the Memorandum of Understanding between Lagos Chamber of Commerce and Industry (LCCI) and China Africa Business Council (CABC) in Lagos.

This move is expected to increase the trade volumes between Africa and China from the current$30BN which is 10 times less the planned $300BN which is set to benefit more African businesses. Chen also unveiled plans to establish 10 medical, 10 housing projects , 10 poverty reduction and 10 agricultural projects for African countries that will help Africa rise further in trade.

Nigeria’s exports to China have been low just as those of almost every other African country as opposed to imports from China which have been on a high. “Nigeria imports too much and needs to also export to achieve a balance of trade level. This would also make the Nigerian currency to be strong. There are lots of areas we can explore and strengthen our trade relationships.” said Chen.

China has rapidly become Africa’s largest trading partner with goods worth $254 BN traded between the two in 2021, according to China’s custom agency. However China’s exports often outweigh its imports from Africa. In 2021, Africa exported goods worth about $106BN to China and imported goods worth $148BN from the Asian country. The existing trade deficit is expected to reduce since China is looking to import more goods from Africa.

Recently Rwanda and Ethiopia have ramped up their marketing strategies through online platforms to help them clinch the Chinese market further. Through live streaming shopping events to ordering products from apps, these two countries are looking to increase their exports to China. This Asian country has the largest e-commerce market in the world with about 1 billion internet users which makes its digital space an ideal marketing space for African countries. Kenya is also seeking to increase its agricultural exports such as tea, coffee and macadamia nuts to China through an online platform. 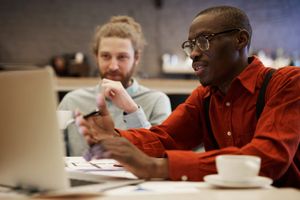 
Is blockchain technology and cryptocurrency the future of money? 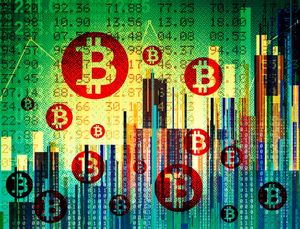