Two Chinese farms have won the contract to construct a $1.32 billion modern rail in Tanzania, the foreign minister announced, in a deal that will extend more than a decade of Chinese involvement in the East African nation.

China Civil Engineering Construction Corporation and China Railway Construction Limited will build the 341 kilometer link to connect the Lake Victoria port city of Mwanza in the north to the town of Isaka, on the way to the Indian Ocean port of Dar es Salaam.

Tanzania’s foreign minister Palamagamba Kabudi announced that the government will pay for the line, ahead of the signing of the agreement in the presence of his Chinese Counterpart Wang Yi, who is on a tour of East and Central Africa.

It was unclear when work on the project would begin.

President John Magufuli won his re-election bid in October last year under a platform of continued infrastructure development as he seeks to build an industrialized nation.

The Mwanza-Isaka line is part of a more than 2,561 km railway network that Magufuli’s administration plans to build from the commercial capital Dar es Salaam into the hinterland.

China Railway Corporation has carried out several projects in Africa, including the Ethio-Djibouti railway. 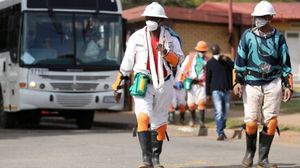 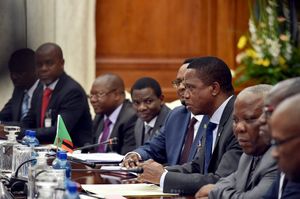