Less than a month ago, on March 9th, a Tweet from US President Donald Trump remarked, “Last year 37,000 Americans died from the common flu. Nothing is shut down, life and the economy go on…”

Hubris? Ignorance? Call it what you will, one thing’s for sure. Less than one month later, New York looks like an abandoned ghost town.  US unemployment claims hit a record 6.6 million in the week ending 28th March meaning an approximate 9.5% unemployment rate.

What was that about the common flu?

The COVID-19 pandemic is a crisis like no other. The entire world is at war, and as many leaders have declared fighting an ‘invisible enemy’ is more troubling. Globally, financial markets are in peril. Just two weeks ago, the United Nations Economic Commission for Africa (UNECA) cautioned that the unfolding Coronavirus crisis could seriously dent Africa’s already stagnant growth, with oil exporting nations losing up to US$ $65 billion in revenues with crude oil prices continue to tumble. The initial projections are troubling, US$65 billion is more than the individual GDP of most of the EAC economies. But how bad could it all get?

McKinsey & Company has published forecasting for Nigeria, South Africa and Kenya, and the results are disturbing.

For Nigeria an economic contraction might be imminent. In the least worst-case scenario (contained outbreak), Nigeria’s GDP growth could decline from 2.5 percent to −3.4 percent in 2020—in other words, a decline of nearly six percentage points, an unprecedented loss. Looking at the financial impact, a decline of six percent would equal a reduction in GDP of approximately $20 billion.

In South Africa the numbers aren’t much better. A contained-outbreak scenario could see GDP growth fall from 0.8 percent to −2.1 percent, representing a reduction in GDP of roughly $10 billion.

In East Africa, in Kenya, under a contained-outbreak scenario, GDP growth could decline from an already reduced 5.2 percent accounting for the locust invasion earlier this year, to 1.9 percent. Best case scenario, Kenya is looking at a reduction in GDP of $3 billion.

While the projections for African economies are grim, the COVID-19 pandemic has already taken its toll on the global foreign direct investment (FDI) flows. The brutal truth is that all possible projections show no easy fix. A recent United Nations Conference on Trade and Development (UNCTAD) report revealed that Foreign Direct Investment flows are liable to drop by 30 to 40 percent during 2020, and into next year, due to the ongoing COVID-19 pandemic. Only four weeks ago, UNCTAD had made a projection of a 5% to 15% drop, with the new projections reflecting a far more severe economic blow that initially anticipated.

If that doesn’t scare you, maybe this will. The top 5000 Multi National Enterprises, which account for a momentous share of global FDI, have seen estimates of 9% downward revisions of 2020 earnings due to COVID-19. The hardest hit being automotive industry (-44%), airlines (-42%) and energy and basic materials industries (-13%). Prognosis? Capital expenditure in FDI projects has to be halted.

The cardinal challenge with the COVID-19 pandemic remains its immediate impact on household consumption. For example, Toyota reported a 70% drop in sales in China in February alone. Meanwhile, the perils have a trickledown effect as global value chains are now centred in China. For instance, a mild disruption of China’s exports to Fiat Chrysler Automobiles meant Fiat had to temporarily stop production of its Fiat 500L model at their plant in Serbia. Any disruption in China spells doom!

McKinsey & Company presented an initial analysis of the COVID-19 pandemic’s economic impact, which finds that Africa’s GDP growth in 2020 could be cut by three to eight percentage points. Oil exporters feeling the pinch as projection show that Nigeria’s total crude oil exports in 2020 could fall between US$ 14 billion and US$ 19 billion.

But as the situation worsens in Developed economies, focus yet again shifts to the continent’s bane that policymakers have just failed to nip in the bud: Intra Africa Trade. With global supply chains disrupted from the Atlantic to the Pacific, one can only wonder what tariff-free mobility of goods could mean for the continent.

On one end, supply effects could have dire effects on an economy which has imposed a lengthy lockdown. With prolonged lockdowns comes disruptions in the value chains, and is reflected on the SME’s cash flow and revenue streams. On a continent with a thriving entrepreneurial spirit, cash flows are literally the business thus almost imminent demise for millions of entrepreneurs.

The other side of the coin presents the demand side economics where the logic is a lockdown spells a household income thus muted demand for goods and services. With about 60 percent of the GDP equation easily attributed to consumption alone, this I believe could present calamitous effects. Inadvertently moreover, prolonged muted demand sees us return to the slower FDI (and capital investment injections) as final investment decisions may be delayed attributed to muted aggregate demand. While there is a considerable amount of uncertainty for the future, we should applaud the African leaders who acted with utter haste. The US undoubtedly showed the world the difference one week can make. However, after the lockdown, the same African leaders must provide an extensive stimulus package to reverse the economic damage caused by the crisis. The way out of any recession, or depression for that matter, is ‘pumping the prime’. We have to spend our way out of this and the best spender is not the Government, it’s a collection of spending households. 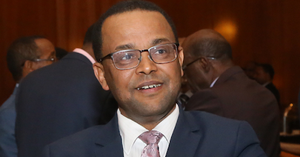 
Ethiopia restricts Entry of Foreign Firms in the financial sector 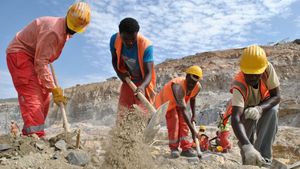