Covid behind drop in foreign direct investments to Africa in 2020

Foreign direct investments into Africa plunged by $7 billion in 2020, a new report by the United Nations Conference on Trade and Development (UNCTAD) indicates, due to the Covid-19 pandemic.

The investment flowing into the continent dipped to $40 billion in 2020, compared to $47 billion in 2019. However, the Asian continent was able to defy the pandemic recording a 4% improvement in foreign direct investment to $535 million.

The drop in foreign direct investments to Africa had a severe effect on commodity dependent economies like Eritrea, Nigeria, Ghana, Algeria, Benin, Togo and Tanzania, according to the UNCTAD report, while non-commodity economies like Egypt, Kenya and Ethiopia were spared.

The North African region suffered more than other parts of the continent with FDI contracting by 25% to $10 billion, from $14 billion in 2019. Egypt, the top recipient of FDI in Africa, registered a 35% plunge to $5.9 billion in 2020.

Western Africa posted an overall 18% decreased in FDI to $9.8 billion while Southern Africa recorded a 16% drop to $4.3 billion.

Investment flows to Eastern Africa fell to $6.5 billion in 2020, from $7.7 billion in 2019. Ethiopia emerged as the top recipient of FDI in the region, pocketing over a third of the investments into the region.

Meanwhile, Central Africa was the only region that recorded an increase in FDI in 2020, mainly supported by increased inflows to the Republic of Congo. Foreign Direct Investments to Central African countries rose to $9.2 billion from $8.9 billion in 2019.

There is optimism that global FDI flows will partially recover in 2021, with UNCTAD estimating 10-15% growths. 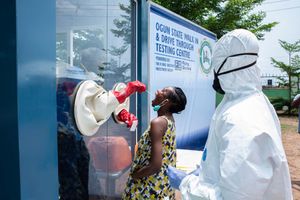