The Democratic Republic of Congo’s bid to join the East African Community (EAC) has been approved, marking a successful end to years of efforts to integrate with its eastern neighbors.

The approval to join the regional bloc was granted by the EAC Council of Ministers, after a thorough verification process conducted in line with the EAC criteria for admission of foreign states. DR Congo joins Uganda, Rwanda, Burundi, Kenya, South Sudan and Tanzania in the now seven-member bloc.

For DR Congo, joining EAC has for a long time topped the country’s foreign relations goals. Former President Joseph Kabila signaled intent during a meeting with his Tanzanian counterpart John Magufuli in 2016. Upon taking the reins of power in 2019, Felix Tshisekedi upped the ante. He embarked on official state visits to all the countries that share borders with the DRC, possibly to solicit support for a soon-to-be-launched bid. Five of those countries are in the East African Community.

Last year, the Congolese leader wrote a letter to the EAC chairperson, and Rwandan President, Paul Kagame, seeking to be allowed to join the community.

On 27th February 2021, a summit by the EAC Heads of State discussed the request and directed the Council of Ministers to investigate if the country conformed with the treaty that established the regional bloc.

Relations between DRC and its eastern neighbors have been complicated in the past. In 1996, Rwanda under Paul Kagame, invaded Zaire (DRC’s official name during President Mobutu’s regime) seeking to defeat a number of rebel groups that sought refuge in the country. The invasion quickly escalated into a full blown war dubbed the First Congo War as other countries, Uganda, Burundi, Angola and Eritrea joined.

While the Zairean government attempted to resist the invasion, supported by Sudan, Mobutu’s regime crumbled in months. The war, which claimed the lives of hundreds of thousands of Congolese civilians, ended in 1997.

The new government of Laurent Kabila renamed Zaire – Democratic Republic of the Congo – and after he expelled all Rwandan, Ugandan and Burundian military units from the country, another invasion from its eastern neighbors ensued. That marked the start of the Second Congo War, which pitted a number of African nations against each other. Namibia, Zimbabwe, Angola, Chad, broadly supported the Kabila government against Ugandan, Rwandan and Burundian troops, who fought alongside allied rebel militias. Laurent Kabila was killed, and his son, Joseph took over. The war ended in 2003, and left 5.4 million people dead.

While the hostility is non-existent today, DR Congo’s integration into the EAC is still faced with substantial challenges. Unlike its neighbors, the country has limited infrastructural development and is rife with insecurity – the aftermath of brutal wars fought in its territory and decades of plunder.

However, there are numerous opportunities for 87 million Congolese with the opening up of new markets and harmonization of taxes. This will contribute to creation of income-generating opportunities which will strengthen livelihoods for the citizens and their neighbors. Currently, trade with Kinshasa is dominated by China, South Africa, Zambia, Belgium and India, with China taking 31% ($2.07 billion) of the Congo’s total imports ($6.66 billion) in 2019.

As part of the regional bloc, DR Congo will also benefit from a mediation process when navigating disputes with current member states. It could also boost government efforts to resolve longstanding border tensions with Rwanda and Uganda, and integrate better with South Sudan. Africa’s second largest country relies on the ports of Mombasa and Dar es Salaam for trade in its eastern provinces.

“We are hoping this integration will influence the development of infrastructure in Eastern DRC which remains part of our problem. As a country, the roads here are impassable,’’ says Buchu Innocent, a researcher and journalist in Congo.

Despite its volatility and poverty, DR Congo is a country blessed with immense wealth, estimated to be worth in excess of $24 trillion.

Among them is 70% of the world’s coltan, a third of its cobalt, among a range of high value minerals.

With the elimination of trade barriers, manufacturers within the community can access raw materials easily thus reducing the costs of production. The free movement of labor and goods guaranteed by the EAC should spur economic growth in the Congo itself while boosting integration between peoples who share cultural heritage and language.

“DRC has a lot to offer that will benefit its people and the region as well and this integration implies more openness which we have been looking for as a people,’’ said Buchu.

Despite the green-light granted by the Council of Ministers, the final decision on DRC’s entry into EAC will now be made by the EAC Heads of State at a summit to be held later. While that seems like a foregone conclusion, the success of the partnership will be a test of the resolve of leadership in the region. 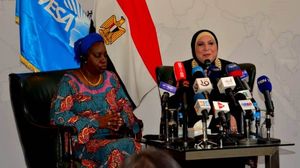 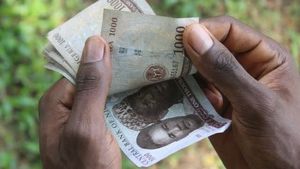