Democratic Republic of Congo’s economy thwarted a projected COVID-19 pandemic-induced recession in 2020 to grow 0.8% boosted by strong returns in the mining sector, a central bank official announced on Tuesday.

The official, Plante Kibadhi, said in a tweet that economy is expected to grow by 3.2% this year.

DR Congo has been spared the worst of the pandemic with about 25,000 positive cases reported by the government so far since the first case was reported back in March, though the emergence of the deadly disease of Ebola in the eastern part of the country risks eroding economic gains.

The International Monetary Fund (IMF) projected last April that DR Congo’s economy would contract by 2.2% in 2020 because of a fall in prices of key mineral exports like copper and the impact of the COVID-19 pandemic.

The price of copper, of which Congo is Africa’s biggest producer, has rallied by 93% since last March. It briefly touched its highest point since 2012 on Tuesday, driven by optimism over Chinese demand and the global economic recovery.

The central bank on Tuesday maintained its benchmark interest rate at 18.5% to continue its “cautious monetary policy in a context of pressure on public spending,” according to a presentation by Kibadhi. 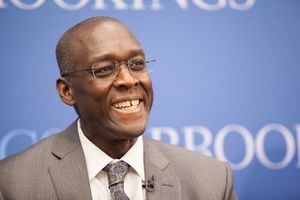