A court in DRC has removed China Molybdenum as the owner of the world’s largest copper and cobalt mine saying the company owes DRC billions of dollars in arrears. The court has then appointed the state miner Gecamines as the new administrator to the Tenke Fungurume mine.

This order was made by the Tribunal of Commerce in the southeastern city of Lubumbashi marking a significant development in a dispute that broke out in August of 2021.The dispute involved Congolese authorities and China Moly over reserve levels at the mine. Felix Tshisekedi, DRC’s president then went ahead to announce that he had formed a commission to reassess the reserves and resources at the mine in order to “fairly lay claim to (its) rights” and further investigate allegations that China Moly had defaulted in the payment of royalties from the mine.

China Molybdenum, which has an 80% stake in Tenke Fungurume, DRC’s second-biggest copper mine, said at the time it was confident the issue would be resolved but the creation of the government commission in August further seemed to be part of moves against Chinese investors. Chinese investors control about 70% of Congo’s mining sector, according to the DRC’s chamber of mines.

China Moly bought Tenke Fungurume mine in 2016 from Freeport Mc-Moran an Arizona based mining company after receiving backing from Chinese government funding. This was seen as a move by China to dominate major supply chains of minerals and metals needed in the production of electric vehicles and batteries.  Complete 2020 data shows Tenke produced around 182,600 tonnes of copper and 15,400 tonnes of cobalt

The court appointed, Gecamines Sage Ngoie Mbayo as administrator for a period of six months taking over management responsibilities from China Molybdenum appointed chief executive, Jun Zhou. The court further tasked Ngoie with “reconciling the two partners on the points of divergence and access to technical information and social affairs of the company”.  This access will include access to technical information and the determination of the rights of the parties to the mining reserves. 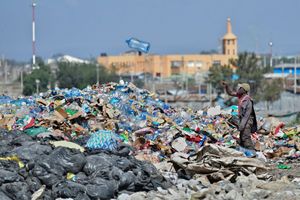 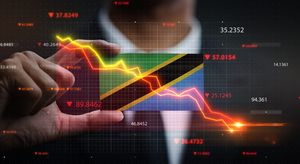