Dewji also expects the industrial conglomerate he owns, MeTL, to ramp up sisal production as it targets becoming the world’s largest producer of sisal, a plant whose fiber is used in the manufacture of ropes, carpets and paper.

MeTL accounts for 35% of Tanzania’s sisal output, according to data on its website.

Dewji is among other investors, including Africa’s richest man Aliko Dangote, who have praised the new president’s resolve to boost the private sector. Suluhu assumed office in March after the death of former President John Pombe Magufuli.

The ex-president was credited for carrying out wide scale infrastructure projects and increasing government spending on social services, but criticized for stifling private investment.

In an interview at the Qatar Economic Forum, Dewji said, “I think our new president just wants to create a conducive environment so that we invest, we create jobs, and we pay taxes.

“Infrastructure projects are going to continue. But in the past the government was more involved in trying to do business.”

Mohammed Dewji, a Tanzanian, is the only East African listed on the latest Forbes list of the 18 richest Africans. The 45-year-old tycoon is worth $1.6 billion and is ranked as the youngest billionaire in Africa.

He is the chief executive officer of MeTL, a company that has employed over 31,000 workers and operates in textiles, sisal, flour milling, beverages and edible oils in southern and central Africa. MeTL forecasts its sisal output will soar by 20% to 12,000 tons next year.

As economies across the continent slipped into recession in 2020, Tanzania reaped from its policy of not imposing COVID-19 related restrictions and nationwide curfews, recording the fastest economic growth rate in Africa at 2%.

Investors have further improved their outlook on the East African country since Suluhu took over and directed her administration to fast-track delayed investments. They include a $30 billion liquefied natural gas project involving Equinor ASA and a $3 billion joint venture with a Chinese company to develop an iron-ore and coal mine.

“We expect real GDP for 2021 to fall in the range of 3-5.3% with realization on the upper side of this range hinging on the strong recovery in the global economic activity supported by the roll out of the vaccine globally,” Warwick said during the launch of a report on the country’s economy in March. 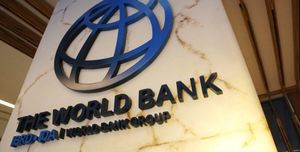 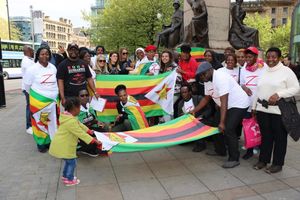