Elleni Gabre Madhin; the brains behind agriculture transformation in Ethiopia

The journey to turn into one of the most powerful who left a foot print in Africa had not been stress-free as falling off a log for the notable Businesswoman and Entrepreneur. Elleni Gabre Madhin, 53. Born in Addis Ababa, Ethiopia, grew up in six different countries, enabling her to fluently speak Swahili, English, Amharic and French.

She first left Ethiopia, along with her family, for New York City at the age of four. Soon after, she returned to Ethiopia. However, Elleni and her family were forced to leave the country again to escape the chaos of the Dergue regime- the communist regime that ruled Ethiopia for 17 years until 1991. It was at the age of 15 that she inspired to become an agricultural economist after being influenced by a book, entitled; “How Europe Underdeveloped Africa” written by Walter Rodney. The book also opened her eyes to the fact that African intellectuals should take the lead to solve the biggest problems of Africans; poverty and hunger.

Elleni rose academically, beginning her studies at Cornell University where she acquired a degree in economics. Likewise, it was there, her story to become a successful leader in the agriculture sector began three decades ago.

Back then, she witnessed a drought that killed close to a million Ethiopians, most of whom lived in the northern parts of the nation, in spite of a presence of food surplus in the southern parts of the country. In fact, this inspired her determination to eliminate food wastage. This was even reflected during her stay at Cornell when she begged students to stop the tradition of dinnertime food fights, but they turned a deaf ear to her frustrated calls. But, not everyone.

Seventeen years ago, the late Prime Minister of Ethiopia, Meles Zenawi invited Elleni, who also has a PhD in Applied Economics from Stanford University and masters degrees from Michigan State University, to come back home and gave her a chance to help the country that was swinging between food insecurity and overabundances.

In 2003, Elleni, in her study about the agriculture commodity market, discovered that the presence of prohibitively high transaction costs, the lack of sufficient market coordination and trust among market actors, absence of contract enforcement, and the lack of grades and standards, implies that buyers and sellers operate within narrow market channels in the agriculture sector.

In her analyses, she also found out that actors in agriculture markets conduct business across short distances, with few partners, in few markets, and with limited storage, implying that opportunities for expanding market activity existed.

It was with such conviction that she accepted the offer of the government, and set up the Ethiopian Commodity Exchange (ECX), which was established with a target of revolutionizing Ethiopian agriculture through a dynamic, efficient, and orderly marketing system and now celebrating its ten years anniversary.

Her holistic and small actor oriented approach, through public-private engagement, expedited the success of the Exchange. Indeed, she took the exchange from its inception to annual trading of over 1.2 billion dollars in three years, doubling of the farmer’s share of the final price, affecting the lives of 15 million coffee and sesame producers in Ethiopia. Learning from her experiences, Ghana, Tanzania, Cameroon and Kenya followed the Ethiopia’s example. After her resignation from ECX, she established Elleni LLC, with a bold vision, innovation, excellent performance, and integrity. Having an established track record in translating big ideas into concrete changes for millions of people’s lives, she helped Ghana, Tanzania, Cameroon and Kenya to establish an agricultural commodity exchange market similar to ECX.

Her success caught the attention other leaders such as former US President Barack Obama, whose administration invited her to participate in the Group of Eight Camp David summit last year on food security. Elleni is also a recipient of the 2012 Yara Prize for improving agricultural markets on Africa, courtesy of the African Green Revolution Forum (AGRF).

Be that as it may, Elleni started a new project a year ago; Blue Moon, that focuses on young people. The incubator program, which is the first of its kind in Ethiopia, envisioned to accelerate youth, aged between 15 and 29, participation in agribusiness. Her goal was to discover and help innovative, scalable and potentially transformational businesses that can be incubated. “We are not trying to invest and support usual types of businesses but rather looking for the sweet spot between innovative ideas that can be scalable and transformational,” she told local media outlets during the conception of her new organization in late 2016.

Her attempt to nurture, and fund exceptional agribusiness ideas was not free of challenges. “The business climate needs an improvement,” she said. “Particularly for new companies, for young entrepreneurs and for start-ups who are doing things like what we are talking about; high-risk ventures. The tax policy and administration is discouraging. It is a country where people spend days to pay taxes at a time when other countries do the same using mobile phones, not to mention that there are many issues with how to find service providers.”

Nonetheless, despite the bumpy road ahead, Elleni, who usually spends her leisure time with her kids and by reading books and biographies of successful executives as well as watching movies, aspires to scale blue moon and link it to the big venture funds as well as reinforce a venture capital fund. 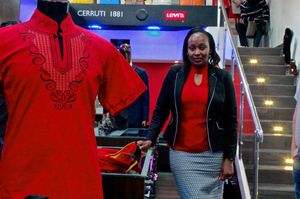 
Tea is not just tea for Flora Mutahi- founder of Melvin’s tea. 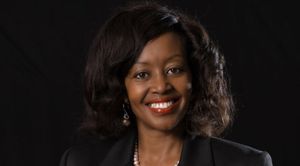