Its been a little over three weeks since Tesla CEO, Elon Musk first took to Twitter to talk about social media platforms including Twitter itself and what they were not doing so well . If you are a fan of Twitter, you might know this man Musk, he is infamous for his constant teasing all over the platform on matters business, politics, cryptocurrency and literally everything in this life. He is hilarious in most instances.

On April 4th, just a few days after, Twitter disclosed that Musk had acquired 9.2% of shares and a seat on its board followed almost immediately before being taken away. The shareholders of the board were not too happy with Elon and even sued him over what they all believed was a share price manipulation.

In what I would like to call a hard retaliation, on April 14th, Musk made them an offer they could hardly turn down! He offered to buy 100% of Twitter.  Haha, such a genius, I would say.😂😂😂

As was expected the board hesitated and adopted what they called the “poison pill” in merger and acquisition lingo; which was a limited duration shareholder rights plan. While this did not make a lot of sense to many , Musk had a plan to finance this whole deal to the surprise of many who initially thought he was just bluffing like he used to in 2017. This man put his money where his mouth is; money always talks. You gotta love this guy.😂😂

Overnight, last evening and early morning hours of today, reports started streaming in about Twitter considering the deal after all to the shock of many who expected them to turn down the offer. As is expected Elon is ungovernable! He took to his Twitter saying “ I hope that even my worst critics remain on Twitter because that is what free speech means”. I told you he is hilarious.

I and a million others wonder what Twitter will look like as a business. Does he plan on approaching it from an investor perspective? A financial one maybe? I mean this guy just bought it at $54.20 per share valuing it at about $44 billion. This is a whole lotta money. 🤔This is probably the biggest media property acquisition of our time and I cannot wait to see what Musk’s intention may be with this social media platform aside from the ‘free speech’. Haha. Another of my concerns would be whether the board members will receive 0 dollars as he had earlier tweeted. We can only wait watchfully😑 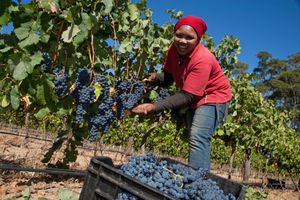 
Africa's journey to self reliance through food security. 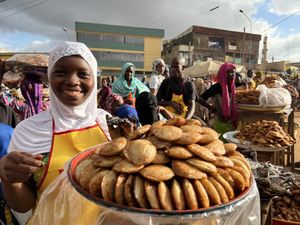