An investigative panel looking into allegations of ethical infractions against the President of the African Development Bank, Akinwunmi Adesina has declared him innocent.

An ethics committee report following an earlier investigation had exonerated him of all 16 allegations levelled against him, an outcome the US which is the second largest shareholder of the bank rejected.

Adesina had been accused of questionable appointments, unethical behavior and contract awards by whistleblowers within the agency.

In the report exonerating Adesina, the panel said, “The Panel is mindful of the fact that ‘absence of evidence is not evidence of absence’. At the same time, it appears to us to be an undue burden to expect a holder of high office in an international organization, to prove a negative, in the absence of sufficient grounds.

“An attorney writing on behalf of the President, also argues quite correctly in our view, that a distinction should be drawn between alleged institutional failure at the Bank and the conduct of the president.”

The panel also faulted the media trial Adesina’s allegations degenerated as a result of the fact that that the whistleblowers’ complaints were released to the public.

“It has also borne in mind that the whistle-blowers’ complaints were wrongly publicised and that fairness required that the President be heard. It has considered the President’s submissions on their face and finds them consistent with his innocence and to be persuasive,” the panel said.

“The President has denied a familial relationship with one candidate as alleged, denied that one was redeployed to take care of his spouse, falsely alleged to be receiving medical treatment in South Africa, and that responsibilities and decisions were attributed to him, that ignored completely the Bank’s delegation of authority matrix, and or that were just devoid of truth.

Adesina was accused of confirming the contract of a staff member, Mr. Ezinwa who was alleged to have been found guilty of sexually harassed a colleague during his probation period. But the panel concluded that both of these allegations were untrue. 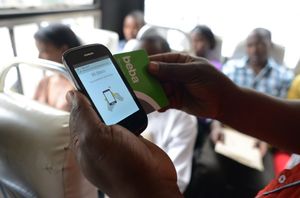 
Preserving Economic Progress in the Face of COVID-19 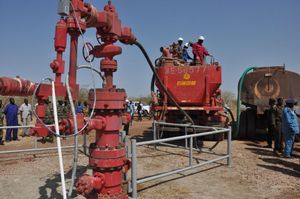