Eswatini Electric Company is gauging its interest in a plan to build infrastructure that would tap gas from neighboring Mozambique to generate electricity.

The power company’s infrastructure will include pipelines as well as trucks will be used to ferry gas from locations in Mozambique. This is in a bid to supply gas-fired turbines, with additional applications for the fuel in industrial, commercial, and transport sectors, it said in a document on its website.

Many countries have seen large increases in the amount of energy they consume year-on-year, as people get richer and populations grow. According to International Energy Agency, Africa’s overall energy consumption is set to increase at twice the pace of the global average as economies and populations grow. Most African nations are increasingly prioritizing energy security over meeting emission targets and use of fossil fuels to develop economies

The Eswatini Electricity Company is state-owned company that controls hydropower stations in Maguga, Ezulwini, Edwaleni and Maguduza in the country. Despite this, Eswatini continues to be a net importer of electricity due to the fact that its domestic electricity generation is insufficient to meet national demand. This can be attributed in large part to a lack of water storage, which has led to severe variations in annual domestic generation output over the years for the South African Kingdom.

One of the proposed source of gas for Eswatini is Matola, a city in the southeastern Mozambique where Total SE is planning a liquefied natural gas import terminal. Both the government of Mozambique and Eswatini have already reached an agreement to work on a long-term gas supply contract. The response to provide consulting services to carry out studies for the gas supply system is due by March 4, the EEC said 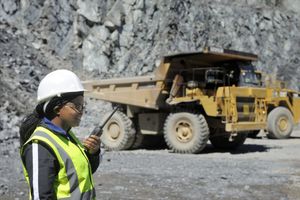 
Women, mining and the untold story. 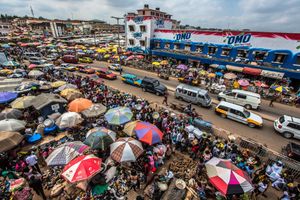