Ethiopia's PM Abiy won the war in Tigray. Now the economy is bleeding.

In November, Ethiopia’s Prime Minister Abiy Ahmed – a Nobel Peace Prize winner – shocked the world when he ordered a military invasion in the country’s northern region of Tigray. Abiy justified the decision as “necessary to maintain the authority of the federal government” at a time when the country was plagued by ethnic violence not only in Tigray, but in the other eight regions as well.

Though victorious, that war has taken a toll on the Eastern Africa country. The opposition alleges at least 52,000 people have been killed, while the United Nations reports that tens of thousands have been displaced from their homes due to the fighting.

And now the economy has also taken a brunt.

For two decades before Abiy came into power, Ethiopia’s economy had been growing at rates of over 10% leading it to surpass its southern neighbor, Kenya, as the largest economy in the region. Massive infrastructure projects like the Ethio-Djibouti electrified railway, and the Grand Renaissance Dam were constructed, all with the aim of making the country a manufacturing hub. A model that led to some economists dubbing Ethiopia as “The African China.”

On February 1st, Ethiopia formally asked for debt relief under a G20 programme to help poor countries reeling from the economic impact of coronavirus.

The finance ministry claims that it was “preparing for upcoming discussions with official creditors” as it looks to reduce “debt vulnerabilities and lower the impact of debt distress”. “We haven’t even inoculated one individual against Covid, so we need to redirect the resources that we have towards that,” a senior official at the ministry of finance said.

But the pandemic itself isn’t to blame for Ethiopia’s woes since the economy was weathering the storm before the war in November heightened the decline.

In June, the Finance Ministry revealed that Ethiopia has earned $499.5 million from exports of goods in the first quarter of its 2020/21 financial year, and collected more than $2 billion in taxes within the same period.

The arrival of Prime Minister Abiy Ahmed in 2018 came with the optimism of promised sweeping liberal reforms, including privatisation of the huge telecoms monopoly to take the economy towards middle-income status.

But ethno-political tensions and a conflict in the northern Tigray region have slowed his plans. Monday’s statement from Addis Ababa follows a statement by the IMF last Wednesday that Chad had also asked for relief under the G20 programme.

Under the initiative, agreed last year by the world’s biggest economies, 73 of the world’s poorest countries can ask for debts to be restructured and, in the most extreme cases, written off. This goes beyond the G20’s debt service suspension initiative (DSSI), which allows the same group of countries to defer debt repayments but does not provide any debt reduction.

In November, Zambia became the first African country to default on its debt since the start of the pandemic. Perhaps not there yet, but experts worry that should the conflict prolong Ethiopia may join the copper producing nation in this infamous list.

Ethiopia had total public foreign debt of $27.8bn at the end of 2019, according to the World Bank, including $8.5bn owed to official bilateral creditors and $6.8bn to commercial creditors, including $1bn to bondholders.

“This is their way of saying things are difficult, we need further relief. What we don’t know is how this will work in practice. There is a lack of clarity right now.” 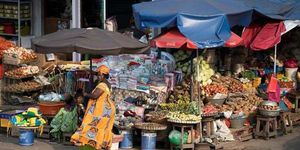 
Rich in oil, rich with poor people. The story of Gabon's oil wealth and plunder 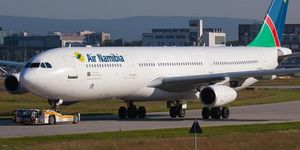