In June, the Central Bank of Nigeria (CBN) announced that it will launch its digital currency by the end of 2021, with a pilot scheme running from October 1st.

Digital currencies are not a new phenomenon. They are becoming increasingly popular as a response to the global rise of digital payment solutions. The rise of cryptocurrency and its relative success so far has also influenced central banks to launch their own form of digital currencies.

It is estimated that 80 percent of central banks worldwide are currently exploring the possibility of issuing their central bank digital currency and Nigeria, according to Rakiya Mohammed, Director of Information at Central Bank, couldn’t afford to be left behind.

Central Bank Digital Currencies, commonly referred to by their acronym CBDC, come in two varieties: wholesale and retail. This classification is based on the intended user.

Retail CBDC allows the Central Bank and citizens to have a direct financial relationship, while wholesale CBDC lets banks and financial institutions act as intermediaries between the Central Bank and the citizens. The new Nigerian digital currency will operate on a hybrid system, which is combination of both.

After its launch, the digital naira will be issued by the Central Bank and held directly in the digital wallets of Nigerians. It will be recognized as a form of payment and regulated by the bank’s authorities.

According to Mohammed, the project tagged ‘GIANT’ will use the Hyperledger Fabric Blockchain for operation. The Hyperledger Fabric blockchain is a private and permissioned blockchain network designed by a computer hardware company, International Business Machines Corporation (IBM). They are permissioned blockchains, in that each party is identified and every transaction is authenticated, authorized, validated, and tracked.

The Central Bank then determines who can get on the platform and can approve or override a transaction if it deems fit, unlike bitcoin, where transactions are approved upon the agreement of majority nodes.

The digital currency will be tied to the naira, just like the Chinese digital Yuan which is pegged to the physical Yuan. It will also experience the same depreciation and inflation as the naira.

Even though the digital Yuan was launched in 2014, it has yet to be fully implemented, a clear reminder of the challenges that lay ahead for Nigeria.

On a brighter note, a digital currency would put Nigeria in a league that it already should be in thanks to its large economy and a large diaspora. South Africa (digital rand), Tunisia (eDinar) and Ghana (e-cedi) are racing to develop their own versions of digital currencies. Sweden (e-krona), Bahamas (sand dollar), Eastern Caribbean (DCash) have launched theirs.

At the launch, the Central Bank listed the benefits of the digital currencies to include macro-management and growth, cross-border trade facilitation, financial inclusion, monetary policy effectiveness, improved payment efficiency, revenue tax collection, remittance improvement and targeted social intervention. Other benefits are the reduction in the costs of minting and printing physical currency, a reduction in fraudulent activities, counterfeit money in circulation and armed robbery.

The success of the digital currency is likely to be affected by the existing state of infrastructure in the country. Access to technology remains a challenge, and the black market still thrives despite numerous attempts by government authorities to clamp down. 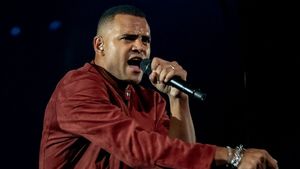 
How Mohombi, a two time Grammy Award winner, is enabling Africans own their music


This is how Malawi’s economy defied the pandemic 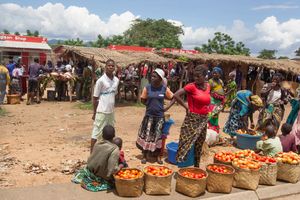