Ghana’s inflation rate dropped to a record low in May, defying targets set by the central bank and economists.

Consumer inflation in the West African nation fell to 7.5% from 8.5% in April, Samuel Kobina, Government Statistician told reporters in Accra. Prices climbed 0.8% in the same month.

“Last month we saw food inflation was a strong contributing factor … around 50% to overall inflation, but since April 2021, we’ve seen its contribution drop to around a third,” Kobina said.

The slowdown brought inflation below the midpoint of the official target band of 6% to 10% earlier than the central bank projected. The country’s monetary policy committee said last week the rate will be close to 8% by June.

Central Bank Governor Ernest Addison also announced a cut to its benchmark interest rate to the lowest in more than nine years to support the recovery of the economy, despite cost pressures from a new tax regime and a 13% increase in transport fares are yet to reflect in price data.

Last year the inflation rate in Ghana was above 11% at the peak of the pandemic and movement restrictions. The fall in inflation has been driven by a stable exchange rate. Economists expect the monetary policy committee rate to remain on hold for the rest of the year should inflation rise in subsequent months. 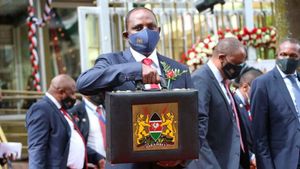 
Why Kenya has increased its security budget in a pandemic year 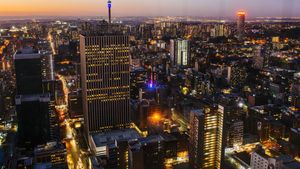