Women, mining and the untold story.

Richard Auty, a renowned scholar in 1993 introduced a concept of the ‘resource curse’ to define how countries rich in natural resources are generally unable to use that wealth to improve their economies. The concept delves around how counter-intuitively these countries have lower long‐ term economic growth than countries which do not possess an abundance of natural resources.

According to this concept, developing countries have very limited infrastructure and industrial capabilities; or that their governments frequently become heavily dependent on exporting raw materials to more industrialized economies that in turn produce finer products and sell them at a higher price often back to those same developing countries. Sad right? Perusing through this concept made me realize that these countries Auty is speaking about are definitely African countries.

Africa is rich with plentiful mineral resources yet it is a continent associated with extremely low economic growth, underdevelopment and unskilled labor however the mining and extractive sector has contributed and continues to contribute a significant share of Africa’s exports, revenue and GDP annually. According to research by Policy Centre for the New South, minerals and fossil fuels accounted for over a third of exports from at least 60% of African countries in 2019 with 42 out of 54 African countries being classified as resource dependent.

While many governments in Africa are pushing for mineral beneficiation and value addition, the African mining vision that was adopted in 2009 by the African Union still advocates for mineral based industrialization which is yet to be done.  This can be attributed to the slow pace at which mining companies and governments take on adopting technology as a necessary tool for better mining practices. “4IR has emerged in the midst of challenging labor conditions, unpredictable political climate we have in Africa in spite of this it has presented opportunities as well as challenges that we as mining houses and countries have had to embrace and deal with” says Baile Sebetlele, a South African based geologist.

While both men and women are making major moves in the development of the mining industry in Africa, women’s presence is starting to be felt more. According to World Bank, women represent 8-17%of the global mining workforce. These women work in the whole spectrum of mining operations from  artisanal or small-scale to large scale mining, with them working as engineers, geologists or scientists however many  still remain manual laborers.  However most of these women still work in the artisanal mining which is faced by a myriad of challenges including low wages, exploitation and value chain marginalization making it remain underdeveloped. “Technology has to be embraced in improving small scale and artisanal mining, most of these women still use hard labor that continues to undermine their output and profits as well,” says Baile Sebetlele, a South African based geologist.

Large scale mining in Africa is also affected with most mining houses only using trucks and sometimes relying on the artisanal mining sector who focus on  hard labor from miners. Miners in DRC’s cobalt fields still dig up this mineral by hand in the Kolwezi region which is a threat to their health. “Mining houses in Africa are hardly embracing technology as much as they should.  We are still hell-bent on using hard labor hard machinery.  We as a continent still have room to grow and embrace what technology have to offer like other countries using automated machinery for instance,” Baile says.

The impeccable contribution of women to the mining sector is often obscured by the dominant profile of men’s roles in the mining field, which hinders women’s meaningful participation. Countless times women are unable to participate in key stages of mining, which often leaves them unaware of key information, which gives men an advantage that allows them to exercise control over certain matters. However this is changing drastically. “Africa is doing tremendously well in diversity and inclusion of women with a lot of companies now seeing women’s potential by giving those opportunities to take up spaces in strategic positions. Policies are being amended to include women, basic sanitary facilities such as changing rooms and lactation rooms are being implemented by these companies which are major milestones in the mining sector,” says Baile Sebetlele.

The future of mining seems very bright from where I sit. All it takes is for countries in Africa to start investing in it and definitely technology will be one of the key shapers of our continent’s mineral exploitation, growth and productivity. 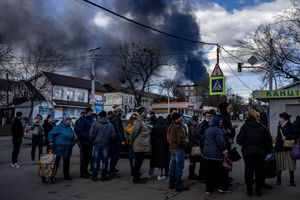 
What does the invasion of Ukraine by Russia mean for Africa? 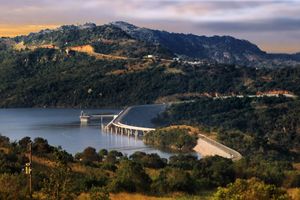