The International Monetary Fund has declined Zimbabwe’s request for financial support and called for authorities to revamp the country’s unsustainable debt and outstanding official external arrears.

The announcement follows a month-long mission to the southern African country that ran from October 16 to November 16 of 2021. IMF noted the significant efforts by President Emerson Mnagangwa’s administration to stem inflation, contain budget deficits and reserve money growth but warned that to “fund financial arrangement would require a clear path to comprehensive restructuring of Zimbabwe’s external debt.”

This would include the clearance of arrears as well as obtaining financing assurances from creditors. The reform plan would be expected to be consistent with macroeconomic stability, sustainable growth, and poverty reduction.

Zimbabwe has an estimated $10.5 billion in debt owed to creditors including the World Bank, African Development Bank, European Investment Bank and the Paris Club. Zimbabwe’s national treasury has said it is working on a plan to clear the arrears.

The IMF has reiterated that Zimbabwe’s economy would grow by 6% in this fiscal year, which however might be affected by uncertainty that remains high due to the effects of COVID-19. The economy’s vulnerabilities to climatic shocks like drought and cyclones that rock Zimbabwe from time to time is also another uncertainty.

IMF has called for greater official exchange rate flexibility, removal of foreign currency market distortions and containment of fiscal deficits. The Washington-based lender has also added that decisive actions are needed to lock in economic stabilization gains and accelerate reforms

Hyperinflation in Zimbabwe has had the effect of lowering GDP per capita by increasing the unemployment rate which in turn increases poverty. Zimbabwe has tried many different solutions to stabilize its inflation rate, but it still struggles with high inflation rate volatility.

In May 2020, the inflation rate was at a never seen before high of 785.55%, well over the defined amount of 50% to be considered hyperinflation. 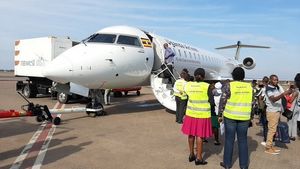 
The conundrum of African banking: Why British banks are leaving 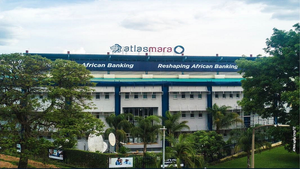