The United States of America will invest in five to 10 large infrastructure projects around the world in January, as part of a wider G-7 initiative to counter the growing dominance of China.

U.S. President Joe Biden launched his Build Back Better World, or B3W, plan during the June G-7 summit, with the goal of creating “a values-driven, high standard, and transparent infrastructure partnership” to help finance projects in developing countries. Further discussions on the plan were held during the COP26 summit.

“The Build Back Better Initiative, the Clean Green Initiative of Great Britain, the Global Gateway and Clean Green initiatives are all part of a joint effort among the G-7 partners to deliver high-quality, sustainable infrastructure,” President Biden said at a roundtable COP26 side event in Glasgow, Scotland.

The groundwork for the U.S. initiative has already begun. A senior U.S. official said a U.S. delegation led by President Joe Biden’s Deputy National Security Advisor, Daleep Singh, identified at least 10 promising projects in Senegal and Ghana during the latest in a series of “listening tours” last week.

Officials are meeting with government and private-sector leaders as they hunt for projects to be funded when the roll out begins in January. Plans could be finalized during a G7 meeting in December, the official said.

The G-6 B3W initiative is aimed at narrowing the $40 trillion in infrastructure investment that developing countries will need by 2035 and providing an alternative to Chinese borrowing practices that are widely seen as problematic.

The United States will offer developing countries “the full range” of U.S. financial tools, including equity stakes, loan guarantees, political insurance, grants and technical expertise to focus on climate, health, digital technology and gender equality, the official told reporters. Focus is now on identifying flagship projects that could launch by the start of next year.

Reception of the B3W plan has so far been good, according to the U.S. administration. Senior officials in Senegal and Ghana have welcomed U.S. assurances that unlike China, the world’s largest creditor, the United States would not require non-disclosure agreements or collateral agreements that could result in later seizure of ports or airports.

The U.S. has a long track record of helping nations around the world build their finance. The world’s largest economy poured $100 billion (accounting for inflation) into the Marshall Plan that helped rebuild post-war Western Europe.

Seven years ago, China launched the Belt and Road Initiative helping cement its dominance particularly in Africa and Asia. However, the project has become quite controversial in the West.

“Today, that country is offering hundreds of billions of dollars in infrastructure loans to governments from Asia to Africa to Europe to even Latin America,” Pence said. “Yet the terms of those loans are opaque at best, and the benefits flow overwhelmingly to Beijing.”

In his 2018 trip to Asia, Pence highlighted what was then the leading American alternative — the U.S. International Development Finance Corporation, a new agency with a $60 billion portfolio to support private investments for infrastructure projects around the world.

So far, the agency has not proved to be a viable alternative for BRI, with the DFC currently claiming to have 57 ongoing worldwide projects worth a total of about $2.5 billion.

That may be because the initiative was wielded as a tool to achieve Trump’s short-term geopolitical goal, including in the Middle East. Investments were offered to entice countries to sign on to the Abraham Accord, Trump’s landmark deal that led to four Arab countries (the UAE, Bahrain, Morocco, and Sudan) launching diplomatic relations with Israel. 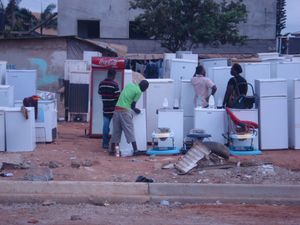 
In Ghana, a ban on used fridges is saving 400GW of electricity annually 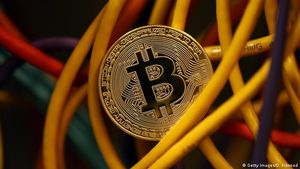