Amadou Gallo Fall graduated magna cum laude from the University of the District of Columbia. While at the university he played centre on the basketball team. After finishing his degree, Fall thrived on other merits such as excellent interpersonal skills to secure his place at the NBA as an administrator. He worked for the Dallas Mavericks as Director of Player Personnel and Vice President of International Affairs. Described as an engaging and amiable guide, Fall served as the Mavericks’ goodwill ambassador internationally and run the rule over their scouting assignments. During the interview his energy and penchant for bringing people together are almost palpable, even over Zoom.

With COVID-19 casting a dark shadow over the foreseeable future for sports Fall could easily have stayed silent and not discussed the issue of racial justice in the wake of global protests over the killing of George Floyd in America, but that would be a betrayal of his and sports’ principles. “We cannot take for granted the need to push for social justice and racial equality. The Basketball Africa League wants to makes sure that it will be a platform where people from all ethnic backgrounds, all race and colour, and languages will come together through our sport which is the greatest equaliser,” Fall says.

Fall lived out of a suitcase during his time with the Mavericks, making countless trips to Africa. The trips would have a powerful galvanising effect as he felt challenged to use his stardom to give back to the continent. He soon became a cog in the machine of projects like NBA’s Basketball Without Borders and the NBA and FIBA’s global elite basketball development programme that uses the sport to trigger social change in the spheres of education, health, and wellness. “The Basketball Africa League is really a culmination of all the work the NBA has been doing on the continent, which dates back to the very first visits in the 1990s from then commissioner David Stern, Dikembe [Mutombo], Patrick Ewing and few other people,” Fall says.

Fall went on to add: “We always knew that there was tremendous talent coming out of Africa into the NBA, even before all these events started taking place. Hakeem Olajuwon is one of the greatest of all time, Dikembe, and all these great players came from here before the NBA kind of started to engage at grassroots level to organise and host camps and clinics for young people. We saw tremendous opportunity to grow the sport at the time. In 2010, we opened our NBA Africa office. We focused on growing the sport and making basketball relevant. It is the number two sport globally. It also the number two sport in Africa.”

The Basketball Africa League (BAL) has been touted a game changer that will add another layer of popularity when it gives players a platform to captivate fans. It, however, ran into a speed bump after COVID-19 reared its ugly head. But Fall says all is not lost. “We’ve stayed very busy in spite of the confinement. We opened our headquarters for the BAL in Dakar. We have a staff of about 15 people. We are working remotely from different parts of the world and across the continent. We are staying in touch especially with all our 12 clubs from 12 countries. We’ve had some very interesting engagement, and everybody is super excited. When we come out of confinement, we’ll be ready to go,” Fall tells me, undeterred by the current challenges.

So, will BAL be rejigged? “Obviously, we have to adapt. We originally announced that we are going to play in seven different venues in six countries, but certainly we have to adjust and do what’s best for the situation right now. Rest assured we’ve spent a lot of time modelling different scenarios, and at the end of the day we’ll make some announcement.”

It is clear that Fall buys into the Africa rising narrative. He reckons the continent can take great pride in strides taken. “When you look at the momentum that we see in the NBA in terms of an African presence, whether it is the 13 African born players that you see on rosters, the Toronto Raptors winning the NBA championship last year, Masai Ujiri who has been part of everything we do here from the beginning. On the court you have the top players. Pascal Siakam for example who we’ve had the chance to work with in Basketball Without Borders camp in 2012, Serge Ibaka, Patrick Mutombo on the bench, a bunch of talent on and off the court from the continent. Now we have young people working for different franchises in different capacities in the front office and player development,” says Fall.

A paradigm shift nevertheless seems due. “We feel now is the time we talked about commercialising the product. We would be kidding ourselves if we talked about pouring in resources without thinking about a way to generate revenue. Other people are starting to think about the same thing whether it is the extractive industry or agriculture where we just export raw material. Now there is more talk about making sure we process it here, we add value before we can go to the global exchange platform to have a product that is more valued. So, it’s the same thing here. We don’t want to be satisfied with one or two young people who get scholarships or get drafted in the NBA. If we bring the process that we’ve all come to know in the US in terms of whether it is our experience in college, how sport is utilised in universities to create this incredible machine that generates revenue. We want to do the same thing here,” says Fall.

There is some movement now with notoriously opaque African governments waking up to the benefits of investing in sport, but Fall has always been preaching this gospel. “What is very encouraging is to see more and more talk about building world class infrastructure,” he says. “We’ve seen with the Dakar Arena in Senegal and Kigali Arena in Rwanda. There’s really a big drive and movement into building this infrastructure. This league (BAL) is going to be an economic growth engine beyond what’s happening on the court. When you build these infrastructures, these infrastructures can be used for multiple other activities that are going to drive local economies.”

Before our interview came to an end, the conversation turned to the docuseries The Last Dance Netflix produced on Michael Jordan and the 1990s Chicago Bulls. Are there lessons African basketball players can take from The Last Dance? “Number one is there’s no substitute for commitment and hard work,” Fall says. “There’s so many things that we can derive from the series –  the leadership, the power of the team, having people shooting in the same basketball with the same ball wanting to win the same championship. Also beyond the court, in terms of [Jordan’s] brand, in terms of also building economies, industries outside being a basketball player. We would like to build other activities around the game. This is a lifestyle brand that we are building. It should intersect with fashion, music, technology and art.” 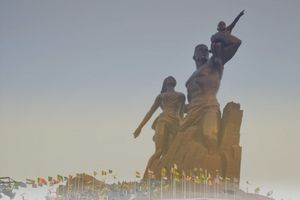 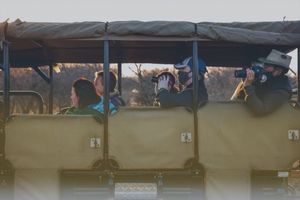 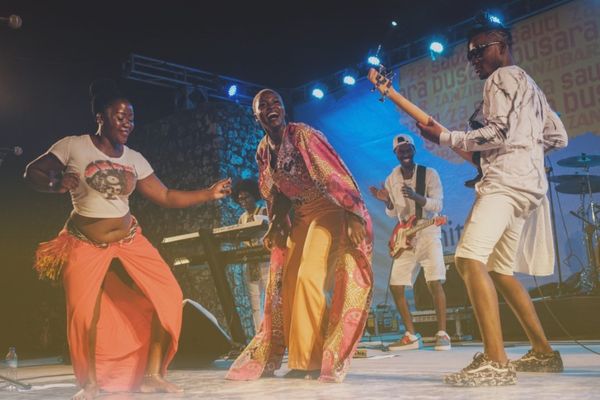 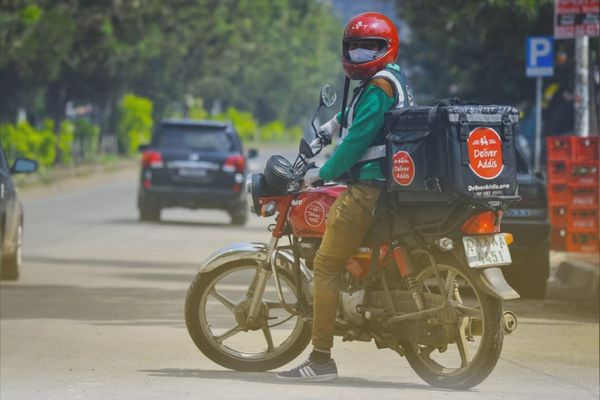 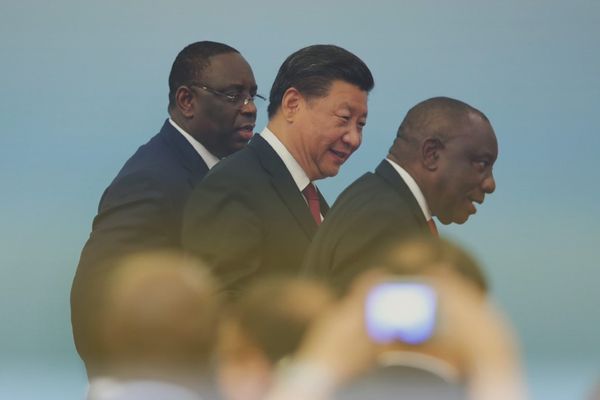 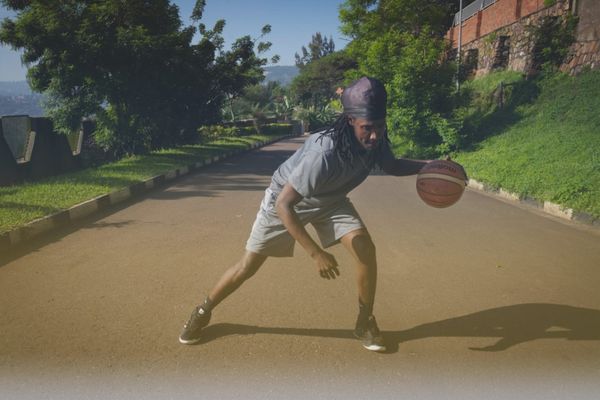 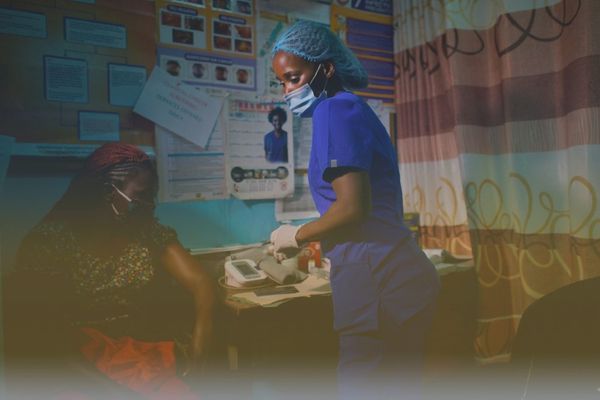 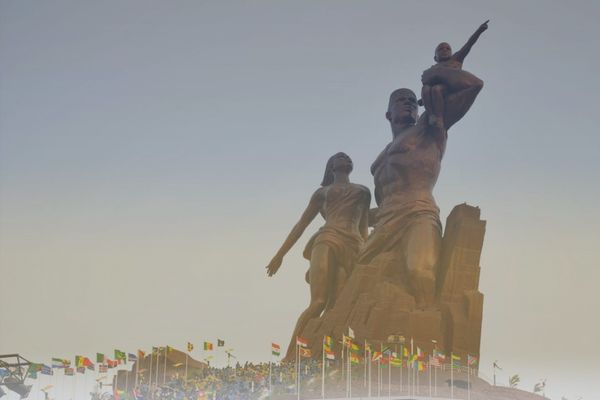