Is blockchain technology and cryptocurrency the future of money?

The dramatic evolution of digital currencies, coupled up by the never ending evolution of new technologies and finance is transforming how we use money today. Gone are the days we would have to queue at banking halls to withdraw and deposit money or apply for mortgages by visiting a bank branch. For many people across Africa and the globe, most financial transactions are purely online and has greatly increased in the last two years thanks to the pandemic.

Cryptocurrencies and more powerful financial technologies are transforming the concept of money and are even challenging the financial institutions that currently manage them. Many have heard about cryptocurrency but few know how it works. Well cryptocurrency is a digital token that is secured and transferred cryptographically using blockchain technology.

The most popular of these being Bitcoin, which is the worlds first decentralized crypto. Bitcoin, which was launched in 2009 has a market cap valued at $786BN as of January 2022. There exists a little over 16000 cryptocurrencies of which Bitcoin is the biggest followed by Ether.

Key to note is that cryptocurrencies exists outside of regulatory bodies such as central banks and government organizations which makes them invulnerable to the shocks of the global banking systems. Cryptocurrencies have previously been linked to illegal activity from purchase of illegal goods to money laundering which has led to constant controversies on whether to invest in it or not.

In spite of these controversies, cryptocurrencies popularity has been growing rapidly with many financial experts hinting at it becoming a major disruptor to the economies of the world in the future. Many investors and financial institutions are calculating the potential financial rewards of getting into crypto nonetheless. According to Gartner a US based technology research and consulting company, 20% of large organizations will use digital currencies for payments by 2024.

Governments throughout the world are also opening up to cryptocurrencies and blockchain technologies. With countries like Ghana, Nigeria, and Tunisia already at the pilot stages of adopting Central Bank Digital currencies (CBDCs). The high cost of sending money to Africa is and will continue to be a very important catalyst for the growing popularity and adoption of digital currencies in the continent.

Another important blockchain-based crypto-asset is NFT. Non Fungible Tokens are technically innovative and financially lucrative, with experts simply terming it as ‘one of a kind pieces of art that are valued for a large sum of money, for instance a painting in the analog world’ but NFTs are their counterparts in the digital world. NFTs could be anything, from a tweet, a video clip, or song. What makes it non fungible is its uniqueness, cryptocurrencies are fungible in that, another cryptocurrency of an equal value can easily replace them. NFT’s are expected to disrupt the economies not only in the creative space but also in sports, financial services, manufacturing and social media.

Metaverse a combination of several elements of technology, from virtual reality to augmented reality and video has created a lot of debate on what the virtual reality space will look like in the future. According to the technology the users “live” within a digital universe via connected headsets and glasses. Experts are hinting at the Metaverse inevitably being a fully functional marketplace where retail shopping and cryptocurrency converge. 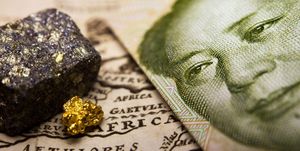 
Why should Africa care about Mali’s revolution? 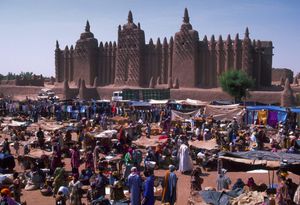