Cocoa production in Ivory Coast will drop by 60,000 tonnes from last year’s production levels in a move that is set to shake up the global markets.

Experts and traders believed that an increase in cocoa production would have an effect in lowering market prices resulting to reduced much-needed revenues for the government in Yamusukro.

Changing climatic conditions between April and mid-July have hampered the flowering of the main cocoa crop which will be harvested from October 2020 to March 2021.

“However, the outcome is surprising since we all expected that overall production of both the main crop and mid-crop would rise to 2.24 million tonnes in 2020/21.”

Ivory Coast is the world’s largest cocoa producer, accounting for 40% of the world’s cocoa.

Decrease in production will provide relief for the beleaguered government which is currently trying to fix a gaping budget deficit even as cocoa prices hit a one and half year low in mid-July. The coronavirus pandemic cut global demand for the chocolate ingredient and predictions of enhanced cocoa output in 2020/21 was also responsible for a fall in prices.

As countries reopen from tough coronavirus restriction, demand for cocoa has slightly increased and prices have recovered to trade near the highest since March.

There are growing fears that supplies of cocoa may be disrupted by the disputed upcoming poll in Ivory Coast.

President Alassane Quattara is vying for a third term in office, though civil society groups and the opposition have termed the move as “unconstitutional.”

Lower production levels of cocoa in Ivory Coast than market estimates will help in boosting prices by reducing the 220,000 tonnes surplus forecast by industry experts.

On the flipside, neighboring Ghana, the world’s second largest cocoa producer accounting for 20% of global cocoa, is expected to maintain production at similar levels compared to last year at around 680,000 tonnes. 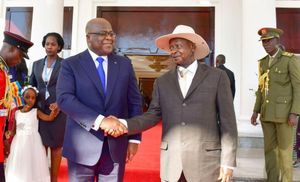 
Shell to lay off 9000 workers, overhaul its business to embrace clean energy 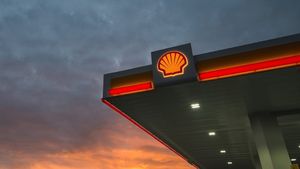