Kenya Airways has received a government bailout worth $92 million, as part of efforts to prop up the national carrier after the COVID-19 pandemic hurt global aviation over the last financial year.

The airline, which is majority owned by the government with Air France-KLM holding a small stake, secured $76 million from the National Treasury and $16 million from the ministry of transport according to a supplementary budget presented to parliament on Tuesday.

It is not clear when exactly Kenya Airways received the funds.

The International Air Transport Association said last year that African airlines lost $6 billion in passenger revenue during 2020 after the COVID-19 pandemic grounded much of the global aviation industry.

In January, an internal memo showed Kenya Airways was planning employee cuts as much as 30% for six to twelve months.

The national carrier’s CEO Allan Kilavuka said in the memo that the company was grappling with an unsustainably high level of debt.

A draft law on nationalising the airline has been submitted to parliament and trade in the company’s shares on the Nairobi Securities Exchange has been suspended since July as the carrier works on a restructuring plan.

Kenya Airways said in August that it expected its full-year 2020 revenues to drop by between $580 shillings and $680 shillings and reported first-half pre-tax losses of $132 million. 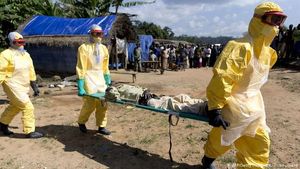 
Ebola resurfaces in Guinea as death toll rises to four


Despite doubts on effectiveness, Africa Union to plough ahead with using AstraZeneca’s COVID-19 vaccines 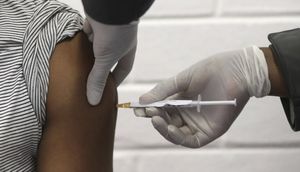