Malawi to boost Israel ties by opening embassy in Jerusalem

Malawi will become the first African country in decades to open its embassy to Israel in the capital Jerusalem.

Malawian Foreign Minister Eisenhower Mkaka made the announcement during a trip to Israel, calling the decision a “bold and significant step.”

Israel describes those normalization agreements, with Sudan, UAE and Bahrain as the “beginning of a new era in the region.”

During a joint press conference, Israeli Foreign Minister Gabi Ashkenazi said alongside Mkaka: “I look forward to your embassy opening soon, and I’m sure that more African leaders will follow this decision.”

The Malawian embassy will be opened in the summer of 2021, and the move may result in huge economic benefits for Southern Africa’s poorest nation.

Israel regards Jerusalem as its eternal capital; the Parliament (Knesset), Supreme Court and Prime Minister’s residence are located in the city, though Palestinians and much of the Arab world believe that east Jerusalem should be the capital of a future Palestinian state.

Due to the city’s disputed status and fearing a backlash with Muslim majority and Arab states, most nations in the world aside from the U.S. and Guatemala have their embassies to Israel in Jerusalem. Honduras, Brazil, Dominican Republic and Kosovo have all indicated they will move or establish embassies in Jerusalem.

Several African countries like Kenya and Senegal had previously opened embassies to Israel in Jerusalem but closed them following the 1973 Middle East war. 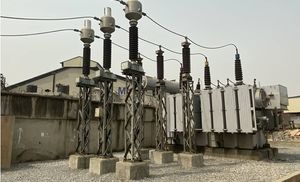 
Kenyan flower sector decries losses due to lockdown in France