Mozambique and Tanzania will launch joint operations to combat an Islamist insurgency under an agreement that will also see some 500 suspected insurgents extradited, a report in Mozambique’s state-owned newspaper Noticias indicates.

Mozambique’s army has been battling an insurgency that started three years ago in its northernmost province of Cabo Delgado, separated from Tanzania by the River Ruvuma and home to gas developments worth $60 billion.

In October, violence spilled over the border when some 300 insurgents attacked a Tanzanian village. Many of the insurgency’s recruits are also thought to come from Tanzania.

Noticias said the agreement would see both countries launch joint operations in Mozambique and cooperate in areas like information sharing, while Tanzania will deport to Mozambique 516 suspected insurgents it has in custody.

Mozambique police commander Bernardino Rafael said on private broadcaster STV after signing the accord in Tanzania at the weekend: “The agreement provides for us to work together to control the Ruvuma border.” He also thanked Tanzania for its willingness to cooperate.

Mozambique’s army has struggled to contain the insurgency by Ahlu Sunnah Wa-Jama group, which staged their first attack in 2017 and declared allegiance to the Islamic State two years later.

Since then they have regularly beat back Mozambique’s security forces and air support from a private military group to capture and hold key locations, including the town of Mocimboa da Praia and its port, which was used for deliveries to the gas developments, only around 60km away.

The government has yet to announce its recapture.

Tanzanian police said last week they had arrested an unspecified number of people for allegedly planning to join the insurgency. 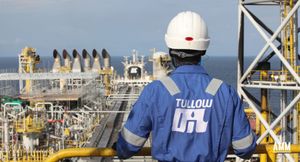