A set of documents filed in an Israeli court have revealed the extent to which one of its billionaires went to secure mining rights in the resource rich Democratic Republic of Congo.

In the affidavit filed by tycoon Dan Gertler, it is reported that $360 million in cash was lent to a company that used it to pay large sums to a senior public official in Congo.

This is apparently the biggest sum of money an Israeli has ever been suspected of paying as bribes, according to Haaretz, a left leaning newspaper based in Tel Aviv. The publisher reported that details of the scandal were revealed over the course of a joint investigation by the U.K.’s Serious Fraud Office (SFO) and Swiss authorities into an intercontinental money-laundering network.

The affidavit had reportedly been submitted in Gertler’s defense as part of a long-running civil suit filed by his former business partners, who sued him for 1.65 billion shekels ($504 million) over a decade ago.

Although the parties in that arbitration case had agreed to maintain confidentiality regarding their dispute, some of the documents had been obtained by Britain’s SFO and the U.S. Justice Department.

Among these documents, the paper said, is a list of codenames thought to be the Congolese officials who are alleged to have accepted the bribes. The list also apparently details the amounts of money paid to each official.

In 2019, the SFO had asked Swiss authorities to obtain documents from a Swiss bank that could help its investigation into corruption and money-laundering. After an unidentified company that holds some of the suspect bank accounts used in the scheme lost its appeal in the Swiss Federal Criminal Court, details of the bank records and key figures involved came out.

The U.S. had placed Gertler under Global Magnistsky sanctions in 2017 for amassing a fortune through “opaque and corrupt mining deals” from his close friendship with former Congolese president, Laurent Kabila. A year after Gertler was put on the U.S. sanctions, copper-cobalt miner, Glencore agreed to pay him about $50 million in royalties from copper mines he had obtained under what have been described as corrupt circumstances in the DRC.

The Congolese state has lost around $1.4 billion through Dan Gertler’s “suspect deals and outsized influence” in the country’s mining sector through buying mining assets at discounted prices before re-selling them, says Margot Mollat du Jourdin, a campaigner at Global Witness. 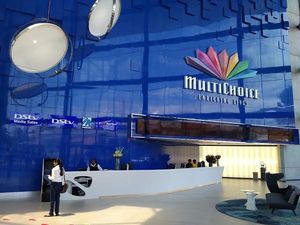 
Will a government onslaught push Africa's largest pay TV operator out of Nigeria? 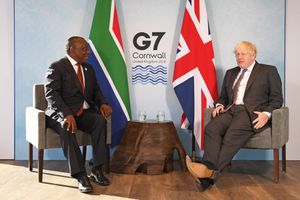