Africa’s largest economy has written a formal request to the African Union (AU) calling for the body to grant it 10 million COVID-19 vaccine doses to supplement the COVAX programme and has allocated $26 million for licensed vaccine production, the country’s health minister announced on Monday.

Nigeria is grappling with a second wave of novel coronavirus that has increased the number of confirmed cases to 110,387 and 1,435 deaths as of Monday evening. Health workers however warn the figures could be ten times higher in the continent’s most populous country due to the low number of tests undertaken by government authorities.

“Nigeria has written to express interest in 10 million doses of the viral vector vaccine, which could be supplied as from March 2021,” Health Minister Osagie Ehanire told reporters in the capital Abuja. “This vaccine does not require deep freezers.” Ehanire did not mention the name of the vaccine.

He also said the ministry of finance had released $26.27 million to support domestic vaccine output as Nigeria was exploring options of “licensed production in collaboration with recognised institutions”. The government is already in talks with “one or two producers”, he said.

Last week the finance minister said the government was working on the type and quantity of COVID-19 vaccines to procure and would make financial provision for them.

Nigerian authorities have said the country is working with the COVAX programme backed by the World Health Organization (WHO) that aims to secure fair access to COVID-19 vaccines for poor countries, and expects to receive its first doses in late January and early February.

WHO Africa director Matshidiso Moeti last week said African countries could start to receive the first doses from COVAX by the end of March, with larger deliveries by June. 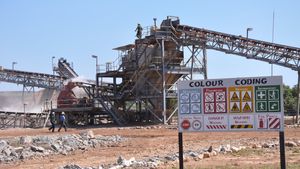 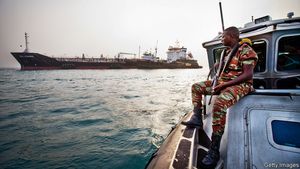