Vice President Yemi Osinbajo has denied Nigeria will issue Eurobonds due to their hefty expenses and instead look for alternative ways to raise funds to support the economy as it battles a looming recession.

In a news conference, Osinbajo said, “We are not likely going to explore again the Eurobond market because we are trying to avoid commercial borrowing.”

Africa’s largest economy has been struck by the coronavirus pandemic more than most sub-Saharan African nations due to the crash in global oil prices, its main export.

Foreign investors have also left the country, while terror attacks by the Boko Haram group have soared in 2020.

Economists predict that Nigeria will enter recession in the third quarter after its economy contracted 6.1% in the second quarter.

The Ministry of Finance projects that the economy will shrink by as much as 8.9% in 2020.

On Thursday, it presented a record $34.4 billion budget for the 2021 financial year to Parliament. According to analysts, the budget targeted a speedy return to growth, raising fears that the government may issue Eurobonds to facilitate the expansive plans.

VP Osinbajo has calmed fears by saying that Nigeria is instead looking at World Bank loans rather than Eurobonds though the Washington based lender delayed a $1.5 billion facility in August, citing concerns that Nigeria hadn’t adopted a unified, flexible exchange rate to close the gap between official and black market Naira rates. 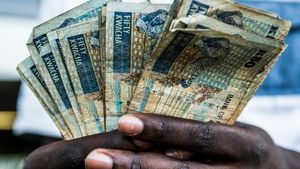 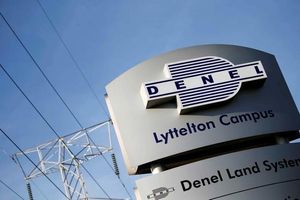