Growing up in a farming community in central Kenya had a huge impact in the way I saw food systems. Tilling, planting, weeding and harvesting were a common phenomenon if not the order of the day in my day to day life as a child and young adult. I only read about hunger and malnutrition in school and local dailies. However something that stuck with me across the years is how some countries of Africa are able to feed their people and have surplus for exports while others had little to none and had to rely on help from their able counterparts.

For decades on end, it has been perceived that the solution to food insecurity in Africa is increased agricultural productivity. While this is part of the long-term solution, it is not the entire remedy. Increasing resilience through integrated agricultural markets for more cost effective and nutritious food should be the ultimate goal however the continent’s value chain continues to be broken.

The fears of a worsening food situation for more than 20% of Africans which is approximately 272 million people, who are already living with this risk of food insecurity continues to send shocks to African countries across the continent . This in turn confirming that African has fallen back on its commitment to achieving zero hunger, a key sustainable development goal.

Building sustainable food systems for Africa comes at a time when most African countries are working to repair significant damage caused by a variety of factors including droughts that have continued to be hard nut to crack for countries with it causing Africa $372Bn since 2014. A perfect example being the 2019/2020 locust invasion which destroyed more than 365000MT of cereal and nearly 1.5million hectares of crop and pasture in Ethiopia alone. Not only is Africa looking to recover from these losses, but also leapfrog them into building a resilient future.

“It is important to note that Africa sits on the largest area of arable land in the world which can effectively be used to produce food crops that can be used to feed Africa and beyond if exploited to its full capacity. The agricultural systems are still based on small holder farming otherwise known as subsistence farming which should change to enable more commercial farming,” says Rowland Chirwa, Bean breeder and Coordinator of the South African Bean Research Network based in Malawi.

Sustainable food systems require an entire evaluation of the value chain from input supplies, mechanization, irrigation, extension, transport, processing, distribution, and healthy consumption. “While investment in the agriculture could be very successful since farmers can produce heavily, the market structures need to be available and conducive for them to supply and meet the needs. Ethiopia, for instance has become the biggest exporter of white beans in Africa owing to the large number of investors, cooperative societies and all in all working value chains,” says Chirwa

Agricultural productivity growth which is the increase in yield per unit in both land and animal produce, remains relatively low. This is because of the reluctant nature of African farmers to adopt technological innovation, new seeds, new equipment, new genetics, as well as effective animal and crop medicine. “The hoe is still the major tool of farming in most parts of the continent which inherently means small holder farming. Key also to note is the extremely low use of fertilizers in Africa which decreases yield per hectare,” says Chirwa

South Africa however has never shied from adopting new technologies both biological and mechanical which has helped it be at par with nations like Brazil in terms of crop yields per hectare. The adoption of genetically modified maize seeds in 2001/02 season contributed to the increase in yields for the country. Countries that did not adopt or were slow in adopting this experienced decline and subdued crop yields.

Countries that have instituted food systems that work for their realities often succeed in feeding their people better. Chirwa notes that implementation of research findings by policy makers goes a long way in helping nations institute policies that work for them and their realities in building sustainable food systems. The Government of Burkina Faso for example is greatly succeeding in increasing its domestic rice output through investments and policies that favor local production. The government came up with an initiative dubbed one million rice initiative that was seeking to increase the production of at least one metric tonne of rice annually which would in turn reduce rice imports by a little over 75% thereby increasing incomes and food security.

So far, at least 88,500 farmers have been reached through nine private sector players to develop 15,500 hectares which is more than 33% of the total target of land to support the implementation of the program, this is according to reports by the Burkina Faso government. This however is being threatened by the political unrest present in the currently.

In Tanzania also agriculture industrialization flagships have increased the participation of women agriculture entrepreneurs in manufacturing and processing, thereby creating opportunities that did not exist before. The success of this flagship would increase the country’s total GDP by 5% while creating one million jobs by year 2025. 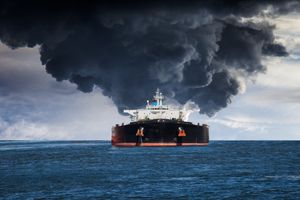 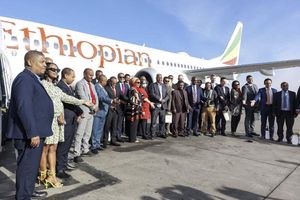