Escaping the commodity trap - is it time to realign Africa’s commodities?

According to the United Nations Conference on Trade and Development (UNCTAD), commodity dependence increased over the last decade from 93 countries in 2008–2009 to 101 in 2018–2019. The latest revelation going as far as highlighting that the nominal value of world commodity exports reached $4.38 trillion in 2018–2019 which is a 20 per cent increase compared with 2008–2009. Worse still, today, it is now clear that commodity dependence tends to mainly distress developing countries as 87 of the 101 now considered commodity dependent rely on agricultural product exports with the remaining 32 relying on mining exports while 31 depend on fuels.

This reliance on commodities has crept up on many developing economies as many of them have made structural reforms in the past two decades towards trade liberalization and export orientation which in turn yielded growth in world merchandise trade and ultimately, growth in aggregate output. For Africa however, the daunting challenge remains the heavy reliance on primary commodities as a source of export receipts has left the continent vulnerable to price fluctuation shocks which in admission remain cyclical in nature.

With the price volatility, emanating from supply shocks and the secular decline in real commodity prices, many commodity dependent economies are often left grappling in price slumps.

In UNCTAD’s work on commodity dependence, three examples are highlighted to uncover the genesis of the plague and what can be done to counter the dependence. Focus is first placed on Zambia which exemplifies a country which is commodity dependent in the reference period and remains dependent over a long period. According to UNCTAD, “In 1965, copper ore and concentrate, and copper alloys, represented 85 per cent of Zambia’s net merchandise exports. Twenty years later in 1985, the composition of Zambia’s export basket had hardly improved, with copper and copper alloys, refined or not, unwrought; representing 77 per cent of the country’s merchandise exports. By 2005, merchandise exports were still dominated by copper-based raw materials, accounting for about 60 per cent of the total. In 2018, Zambia’s export concentration around copper had worsened, increasing to almost to 80 per cent of total merchandise exports. With such worsening dependence, what can be done to wean Zambia off copper exports?

A success story indeed! In summation, escaping the commodity trap is takes immense political will and commitment but one can argue that African economies are in luck as they have the perfect case study —Costa Rica. 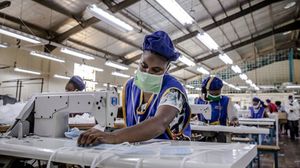 
Africa’s free trade area; Are we close to the end of a Long Journey?