Russia will build a naval base on Sudan’s Red Sea coast, its first in Africa, as the Kremlin seeks to expand its global military footprint and cement its burgeoning trade and defense ties with the continent.

The Russian navy has been directed to proceed with plans to construct a base for 300 personnel and space for up to four warships, including nuclear-powered vessels, according to an order signed by President Vladimir Putin.

The base would be only Russia’s second naval facility outside the territory of the former Soviet Union, after Tartus in Syria.

The choice of country is intriguing, and the timing succinct. Despite being on the U.S. list of state sponsors of terrorism, Sudan agreed a deal with the U.S. to pay compensation to the victims of terror attacks on America’s facilities in exchange for the listing of sanctions. It thus came as a surprise that the Eastern African country would agree to a defense deal with U.S.’s main adversary.

It is no secret that America’s influence has been shrinking over the last two decades. When Obama took office in 2008, trade between Africa and the U.S. stood at $100 billion, but by the time he left in 2016, trade figures had fallen to $39 billion, according to U.S. agency USAID. China has overtaken America in trade, and in the military space, there are new players.

In the last decade, Turkey established a military base in Somalia, the UAE set up bases in Libya, Eritrea and Somaliland, India established its first African base in Madagascar, and China announced its arrival as a military power in Africa with its first base in Djibouti.

All these came as Trump announced more troops withdrawals from Somalia, and stopped plans of constructing more U.S. military bases in the Sahel region as he sought to fulfill his election pledge of “ending forever wars.”

The new Sudan-Russia military deal comes just over a year after Russia hosted its first geopolitical summit focused on relations with African states, to which it has ramped up sales of arms and investments in natural resource projects in recent years.

There have been no comments from the Sudanese authorities. Yet, one year after the revolution that toppled former president Omar al-Bashir, an economic crisis has added to pressure on Sudan’s government to reach deals with global and regional powers.

These include the US and the UAE, while Sudan is normalising relations with Israel. Russia has been building stronger links with African states in recent years, as it seeks new bilateral relationships and trade deals to bolster its global geopolitical influence.

The facility will give Russia’s large navy a staging post in the geopolitically fraught Red Sea and Gulf of Aden region, through which a large amount of shipping trade sails between Europe and Asia.

Under the terms of Russia’s naval base treaty, which were agreed by Moscow earlier this month, Sudan will grant Russia land for the naval “logistics centre” for a period of 25 years, with the option for decade-long extensions.

Moscow is a major arms supplier to Sudan, Egypt, Algeria and Angola, and has also developed strong defence ties with the Central African Republic. While its level of investment in the continent is dwarfed by that of China, it has targeted specific ventures for Russian corporates, such as bauxite mining in Guinea, oil projects in Nigeria and nickel mines in South Africa.

Russia will supply Sudan with weapons to defend the site, according to a Russian government document, and will be permitted to station troops outside the facility on Sudanese territory.

Moscow has sought to use its military exports and security apparatus to gain footholds across a continent where the former Soviet Union used to have significant clout. 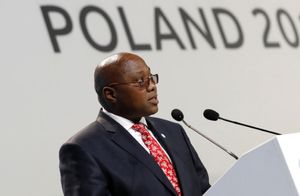 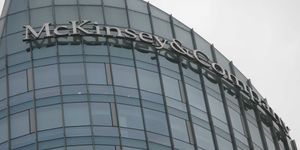