Rwanda has sent military troops to the Central African Republic, in what the government says is a move to help counter a surge in violence by rebel groups ahead of Sunday’s election.

According to a statement from the military, “The deployment is in response to the targeting of the Rwanda Defence Force (RDF) contingent under the UN Peacekeeping force by rebels supported by François Bozize.”

Bozize is a former President of CAR who was toppled by Muslim rebels, Seleka, in 2016. He heads sections of a Christian militia known as Anti Balaka that was formed in response to the Seleka’s power grab. Bozize recently returned to the country and sought to vie for the presidency but the Supreme Court blocked his bid.

Rwanda has often sought to build its influence in the central African region by sending its army into various countries either to topple or support the regimes in place. Shortly after gaining power, President Paul Kagame intervened in the Democratic Republic of Congo, overthrowing former President Mobutu Seseseko, a chain of events that resulted in the 1st and 2nd Congo war that killed over seven million people according to rights groups.

Rwanda also sent troops in CAR, and they have been targeted by armed groups in the central African nation in many occasions.

“Rwandan troops will also contribute to ensure a peaceful and secure general election scheduled on Sunday 27 December 2020, twenty-two months after the peace agreement which was reached between the government and fourteen armed groups,” RDF underscored in the statement.

Currently, the Rwanda Defence Force is one of the largest troop contributors to the United Nations Multidimensional Integrated Stabilization Mission in the Central African Republic (MINUSCA) since 2014.

Meanwhile, the UN mission in the CAR, MINUSCA, said on Friday that its blue helmet forces were on “maximum alert” to prevent armed groups from disrupting the elections. 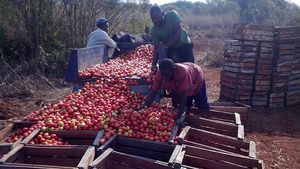