In a historic first in the continent, Senegal’s government has announced that it will allocate $836 million in proceeds from a 16-year Eurobond to a new fund created to solve youth related issues raised in protests that engulfed the West African nation earlier this year.

The fund aims to address youth unemployment by supporting the small and medium enterprise (SME) sector and creating new jobs, Minister of a new portfolio to boost entrepreneurship Amadou Sarr revealed in an interview in Ivory Coast’s commercial hub Abidjan.

“The government will set aside $279 million each year for the next three years from the bond sale’s proceeds and other sources,” he said.

Senegal recently issued a 16-year Eurobond at a yield of 5.375%, according to internal government documents.

“It was just after the crisis that President Mack Sall put in place that fund as a response to the riots and to support the youth by tackling their needs,” Sarr said. “One of those needs is mainly employment.”Senegal had enjoyed decades of stability since gaining independence from colonial masters France in 1960 until massive protests erupted in March after the arrest of a popular opposition leader. At least eight people were killed by security forces with stores majorly belonging to foreigners looted and torched.

The government is also planning a so-called “youth bond” of $500 million that would be used exclusively to support its young people, Sarr said.

The popular uprising was largely in support of Ousmane Sonko, who came third in the 2019 presidential poll. He was accused of rape by a beauty salon employee and summoned to court after his parliamentary immunity was revoked. Sonko however denied any wrongdoing saying the charges were politically motivated.

He was arrested while on his way to honor court summons sparking the unrest.

The protests were led by youths, who according to government statistics comprise about 80% of the country’s population. They have long accused the government of ignoring their economic challenges and imposing a curfew and other restrictions to mitigate the spread of COVID-19 that have worsened the economic situations. 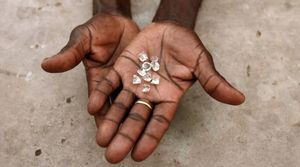 
Zimbabwe’s diamond production set to increase by 30% in 2021 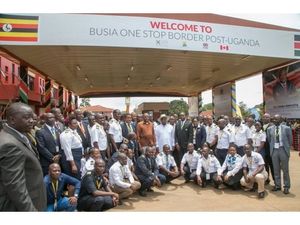