South African Airways receives $98 million grant, but still unable to use it

South Africa’s national airline – South Africa Airways (SAA) – has received a boost after the government transferred $98 million to its administrators, though the money cannot be used yet.

The airline’s management decried that the conditions imposed by the Department of Public Enterprises (DPE) on how the money should be spent contravened labor and companies laws.

“We are unable to utilise the funds until the conditions have been amended by the DPE,” they added in a statement.

SAA entered a local form of bankruptcy protection in December 2019, after a decade of financial losses, and its fortunes worsened after it grounded flights because of the COVID-19 pandemic.

It halted all operations at the end of September when funds ran low.

The government awarded the airline a $690.2 million grant in October’s mid-term budget, but funds from that bailout were not expected to flow until mid-January.

SAA is one of a handful of struggling state firms that have placed huge strain on the public finances of Africa’s most industrialised economy over many years. 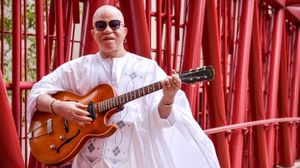 
Salif Keita lifted the lives of Malians through his music. Now he wants to uplift their lives through politics.


Nana or Mahama? Ghanaians choose between present and past in Africa’s “dullest” election 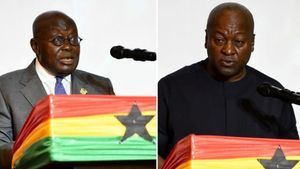