South African Airways has received a further $346 million from the Department of Public Enterprises, which the struggling airline will use to complete severance payments that form part of its rescue plan.

In October, the South African government approved a $650 million bailout for the struggling airline in its mid-term budget.

The state-owned airline has been under bankruptcy protection since December 2019, and after the government imposed a strict coronavirus lockdown in March, has flown only repatriation and cargo flights.

South African Airways financial woes have been running for long, with the airline not making a profit in a decade.

The government while issuing the bailout indicated that it expected the national airline to resume flights again in the first half of 2021. It also eased restrictions on October 1, when the country opened its borders to travelers from selected countries.

The Department of Public Enterprises, the ministry responsible for SAA, said in a statement at the time that it believed the restructuring plan “will create a solid base for the emergence of a competitive, viable and sustainable national airline for the Republic of South Africa”.

In December, the government transferred $98 million to the national carrier’s administrators, though the money cannot be used yet.

The airline’s management decried that the conditions imposed by the Department of Public Enterprises (DPE) on how the money should be spent contravened labor and companies laws.

“We are unable to utilise the funds until the conditions have been amended by the DPE,” they added in a statement. 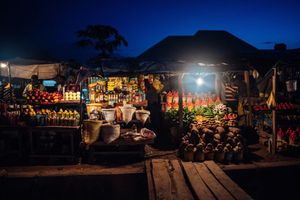