South Africa’s President Cyril Ramaphosa said on Monday the government has secured 20 million more doses of coronavirus vaccines as he extended a ban on alcohol sales and curbed cross-border travel to slow the spread of COVID-19.

Africa’s most industrialized nation will remain on virus alert level 3 with land border posts closed to most travelers until February 15, public gatherings other than funerals are banned, and a nationwide curfew will be enforced from 9 pm to 5 am.

“The pandemic in our country is now at its most devastating,” Ramaphosa said. “We must unite to overcome the grave and persisting crisis our country faces.”

Most of the 20 million vaccines the government has secured will arrive in the first half of this year, the president announced, without providing details of any additional supply deals saying they would be revealed once negotiations are concluded.

“We are exploring all avenues to get as many vaccine doses as soon as possible,” Ramaphosa said on Monday.

South Africa’s economy has suffered the most on the continent from the pandemic and restrictions imposed to contain it. The economy is estimated to have contracted by the highest figure in nine decades last year.

Alcohol sales have been restricted by the government since an initial lockdown was imposed in late March, helping cut hospital admissions from vehicle accidents and alcohol-related lockdowns. The prohibition that was due to end on January 15 will remain in place.

The government last week announced it had struck a deal for an initial 1.5 million doses of a vaccine developed by AstraZeneca Plc and the University of Oxford from The Serum Institute of India Ltd., with first shipments set to arrive this month. It will aim to inoculate two-thirds of its 60 million population by the end of the year.

The announcement will help blunt criticism the government has faced from labor unions and health professionals over its slow progress in procuring vaccines, even as more than 40 other countries start their inoculation programs.

“The tentative progress in securing vaccine orders appears positive,” the Congress of South African Trade Unions, the nation’s biggest labor federation, said in a statement. “We will only be convinced when we see the vaccines being delivered, transported, and dispensed.”

South Africa, which has detected a second and more infectious strain of the virus known as 501.V2, has reported more than 119,000 new infections since Jan. 1, bringing the cumulative total to more than 1.23 million.

“If anything, the new variant means we must be more vigilant and diligent,” Ramaphosa said. “We must never see ourselves as being totally helpless. Our actions do have an impact on the direction and extent of the disease.” 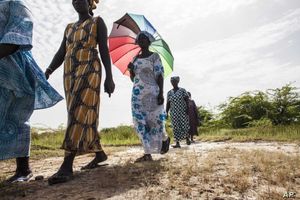 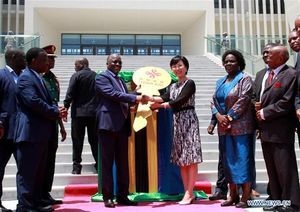