South Africa’s weeks long lockdown is set to be eased, but only just. Addressing the nation on Thursday evening, President Cyril Ramaphosa said the lockdown will be lifted in phases to ensure lives are saved but also to get the economy moving again, “our people need to eat, they need to earn a living” Mr Ramaphosa said, an acknowledgment of the harsh economic impact of the lockdown.

From the beginning of next month, the country will move from its current level 5 hard lockdown to level 4. Explaining the various levels in his address, Mr Ramaphosa said “Level 4 means that some activity can be allowed to resume subject to extreme precautions required to limit community transmission and outbreaks.” The gradual reopening of the economy will be done in five levels, with level 5 being a hard lockdown and level 1 the most relaxed.

South Africa is currently battling Sub-Saharan Africa’s biggest corona virus outbreak. With confirmed cases fast approaching the 4000 mark, the lockdown has been instrumental in buying the public health sector valuable time, by ensuring it is not overwhelmed. The cost of shutting down the economy however has been severe.

The phased easing of the lockdown is a precarious balancing act for President Ramaphosa, on one hand he’s trying to save lives, on the other he’s trying to save jobs and essentially the economy. Earlier in the week Mr Ramaphosa announced a massive The R500 Billion ($26 Billion) relief package, equal to 10% of GDP, this is on par with measures countries in the developed world have implemented. The social relief and economic support package seeks to stabilise the economy, address the extreme decline in supply and demand and to protect jobs.

South Africa entered the Covid-19 crisis in an already fiscally constrained position so how the stimulus package would be paid for has been watched keenly, and today finance minister Tito Mboweni provided a bit of clarity. In a briefing with reporters Mr Mboweni said the relief package will be made up loan guarantees from major banks and the reprioritisation of the current budget. The finance minister also confirmed government is in talks with international finance institutions about accessing special coronavirus funding. According to Mr Mboweni, South Africa qualifies for a $4.2 Billion loan from the International Monetary Fund. Whether the country will apply for that funding remains unclear.

There is mistrust in many quarters of South African society about multilateral finance institutions, they are seen as a threat to national sovereignty due to the structural adjustment requirements these loans are associated with. The IMF however, maintains that its emergency relief assistance doesn’t come with any conditions. The lender has set aside $18 billion to help countries in Africa. 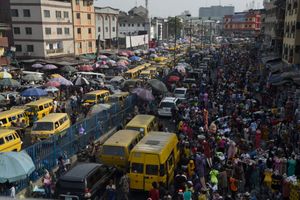 
Africa and the post-Covid19 World


How Innovation is helping combat the coronavirus in Africa 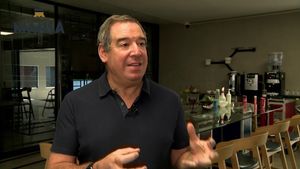