South Sudan is looking to boost oil production and build local refineries as part of a sweeping government effort to revive an economy battered by years of war and a global pandemic.

Oil production, which accounts for nearly all of government revenues, has plummeted and according to Bol Ring Mourwel, managing director of state-owned Nile Petroleum Corporation (NPC), operators of mature fields in the northern Upper Nile Region have stopped investments.

While South Sudan’s oil industry is steadily recovering as a power-sharing government that ended five years of civil war remains in place, production is still half from almost 200,000 barrels a day in 2014.

NPC is planning to increase production in Block 5A in Unity State to between 40,000 and 50,000 barrels a day from current levels at about a tenth of that, Mourwel said in an interview with Bloomberg. A feasibility study will also be conducted for a refinery in Paloch to supply regional markets in Ethiopia and Sudan.

“We have to get credible companies that can come and invest but due to the war in South Sudan, the potential partners and investors are not able to come here because the stability of this country is not in place.”

South Sudan economy has been ravaged by years of war, and in April the country secured a $174 million loan from the International Monetary Fund (IMF) to help finance its budget and stabilize a fluctuating currency.

In July 2020, a Central Bank official, announced that the country had run out of foreign exchange reserves and could not halt the Pound’s depreciation.

He added, “Many citizens are keeping their money at home, while others if they take their money to the banks, it will be confiscated.”


Foreign remittances to sub-Saharan Africa dropped by 12.5% in 2020 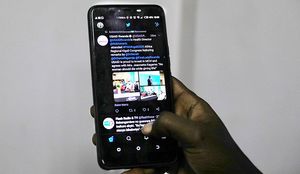