Tanzania’s risk of debt has worsened from low to moderate. This is according to World Bank’s 17th Tanzania Economic update. Conducted in September 2021, the survey shows that the risk has been exacerbated by the dismal performance of the tourism sector due to the COVID-19 pandemic concerns.

Tanzania lost major business deals after President John Magufuli, who died on March 17, 2021, downplayed the impact of COVID-19 leading to isolation of the country by the regional and international community. In spite of Dar es Salaam losing big international investments during this period, the local economy was hardly affected by the lockdowns that had been imposed by neighboring East African states.

According to World Bank’s 17th Tanzania Economic Update the tough times saw the country borrowing non-concessional loans from lenders to keep the economy afloat and moving. Tourism and travel which account for more than a quarter of Tanzania’s exports and are major foreign exchange earners were affected tremendously. Some major resorts and game reserves had shut down owing to the little to none tourist activity happening at the time.

“The downgrade primarily reflected the collapse of tourism exports during the Covid-19 pandemic in a context of increased non-concessional borrowing and rising debt service,” the Bank said.

The global lender has now tipped Dar to help it address the rising debt burden, on key focus areas. These include the enhancement of public-sector debt statistics through focusing on projects that promise clear socioeconomic payoffs and balancing emergency spending with broader development agenda.

World Bank has also urged President Suluhu to intensify her fight against Covid-19 to avert future shocks to the economy of Tanzania. But even with the rising risk in debt, Tanzania’s debt risk is still safer as compared to its East African Community (EAC) counterparts whose debt situation seems to get worse by the day. For example the debt risk of the newest member of EAC; Democratic Republic of Congo, is “in distress” while Kenya, South Sudan and Burundi are in the “high” distress category. Rwanda, Uganda and now Tanzania are in the “moderate” zone, according to World Bank.

In 2021, the average government debt in East Africa shot up by more than 10 percentage points to stand at 72.5 per cent of the region’s Gross Domestic Product (GDP) from 61 per cent in 2020.

Tanzania’s economy is likely to grow between 4.5 percent to 5.5 percent this year as compared to 4.3 percent in 2021, this is according to Brent Woods Institute. The recovery and expansion will be driven mainly by the tourism sector as Tanzania will seek to improve it to open up for the global source markets as they head into easing COVID-19 restrictions 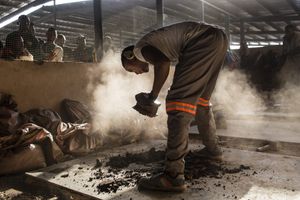 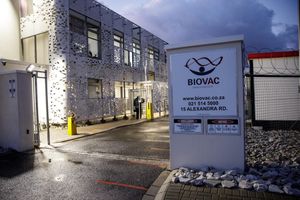