Tech hubs are booming in Africa despite Covid pressures

Over the last decade, tech entrepreneurship has continued to represent a major source of growth and development across the world and has become very vital for Africa. Hundreds of tech hubs have emerged across the African continent and risen to become the most active players in the technology scene. They have continuously driven innovation and provided significant employment, particularly for the youth. The tech hubs have been progressing mainly because of their key attention on ideas that help in solving user problems thereby creating market for investors to fund these ideas into fruition to become fully fledged businesses.

According to a recent research conducted jointly by Afrilabs and Briter Bridges, Africa has a little over 643 active tech hubs as of late 2019, as opposed to 117 tech hubs in 2015.  With the earliest of these tech hubs being Cocreation Hub based in Nigeria and Kenya’s populous iHub which started off as spaces for developer meets and hacker communities that in turn fostered collaboration and creativity among the members thereby bringing further innovation and growth.

Tech hubs have taken on a key role in the digital transition in African nations owing to their significant growth and penetration, however their models have also changed considerably with traditional work methods moving increasingly towards automation. In spite of this happening tech hubs can no longer assist by merely offering co-working spaces and incubation programs; they need to actively drive startups towards scale and success.

One of most astonishing things about Africa’s tech growth in 2020 was its resilience in the face of the challenging business environment that cropped up as a result of the COVID-19 which negatively affected other areas of the economy. According to 2020 Africa Tech Venture Capital Report, global tech-investment platform Partech found that Africa represented the fastest growing venture-capital (VC) market for tech in 2020, with activity thriving by almost half.

In the middle of a pandemic, Africa also attracted a higher number of unique investors with many of them investing millions of dollars at a higher rate than in previous years. Many investors also chose to invest on a long-term basis, thus gaining exposure to how tech is transforming the continent and creating notable value.

This report by Partech also identified countries in which technology acceleration is being heavily cultivated, with Nigeria, Kenya, Egypt and South Africa remaining top destinations for equity funding. Other African countries like Cameroon are gradually experiencing remarkable growth in fintech, healthtech (health technology), edtech (education technology) and e-commerce. E-commerce in Cameroon has largely gained impetus as a result of the COVID-19 pandemic. This is after the Pan-African giant e-commerce platform Jumia left the Cameroon market in 2019 which led citizens relying on informal platforms like Facebook to purchase what they need thus creating a market gap in the e-commerce space that is seen to have a promising potential for growth in the future.

South Sudan, a country besieged by civil war for decades unending, is showing notable growth in technology with many tech hubs and online initiatives springing up to solve everyday problems its people face. These hubs target a myriad of challenges including environmental crisis, fake news and misinformation as well as opening up the digital world to girls by teaching them vital skills. With an example being Koneta Hub, a youth led organization that mainly focuses on health, education, and peace building.

As Africa’s tech environment grows and continues to be strengthened in the years to come, it is expected that there will be more disruptions in the tech spaces of different African countries, as weaker firms shrink, and stronger ones take over their counterparts. It is now up to the existing tech hubs to actively adopt new methods to scale up and bring success to their communities. 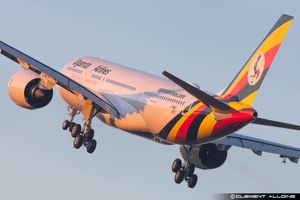 
Are we living in another golden age of African state-owned airlines? 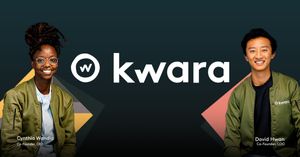