Africa boasts of bustling cities that contribute to the global economy, where billions of dollars are made each year, from Nairobi Safari tours in Kenya to the huge tech hubs in Lagos, Nigeria.  I have lived in Nairobi, otherwise known as the green city in the sun and for the past decade and oh my, this city has grown into not only a manufacturing hub but also a technology hub. The population living and working here has increased over the years and I know many other African cities are on the same trend as Nairobi. Urbanization has to be one of the most profound transformations that will happen to this continent in this century.

Since 1990, the number of cities in Africa has doubled from 3300 to 7600 with their cumulative population increasing by 500 million people.  In these years megacities have been created with Kinshasa, Lagos, Cairo and Cape Town topping the list. While African cities are the most rapidly growing cities in the world, it is without a doubt that populations living in these areas have better access to jobs, public goods, infrastructure and health care as compared to those in rural settings. However, if city populations continue to grow without economic transformation, a vicious and persistent cycle of low wages, and persistent poverty will be experienced.

Predictions show that Africa will soon be the home of many megacities in the coming decades, thanks to its constant strides in urbanization. With it comes ever growing economic interests and foreign investors pouring money into its future but will this provide better economic outcomes for the continent?

“Urbanization in Africa contributes to better economic outcomes and higher standards of living” says the economic power of Africa’s cities, a recent report on Africa’s urbanization by Africa Development bank. According to the report, compelling evidence  from 2 600 cities across 34 countries shows that in most socio‑economic dimensions, urbanization presents immense opportunities to accelerate progress towards the overall development agendas for the globe. For Africa in particular it will accelerate and promote continental integration in the context of the African Continental Free Trade Area (AfCFTA).

While the link between urbanization and economic development in Africa seems weak, urban population growth has been surpassing economic development. The lack of productive employment creation has been one of the causes of low economic development being experienced in many nations across Africa. Working populations need skills and jobs which are both scarce in these countries thereby leading to sharp income inequalities therefore poverty reduction is limited.

African governments and policy makers experience challenges in planning, managing and financing urban growth, both at the local and the national levels. In many places in Africa and beyond, there is a prevailing negative perception of the positive impact of urbanization and its impact on development. This has in turn slowed policy processes to make urbanization a central part of Africa’s development strategies.

To counter these pitfalls improvement of urban governance, investment in infrastructure to improve and expand service provision and better urban planning will be required

While economic growth is vital for African economies, structural transformation is required to boost productivity. For this to happen the population has to benefit from urbanization. Creation of productive employment opportunities will be central to tackling inequality and exclusion, especially for the youth.

With urbanization at the top of global and African development agendas, there is a need for governments and other stakeholders to work towards more inclusive and sustainable urban futures in Africa. From where I sit I can see a bright future in making African cities successful economic zones and conducive residential areas. 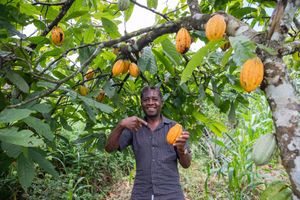 
PAPSS announces collaboration with BUNA to build a payment gateway between Africa and the Arab region. 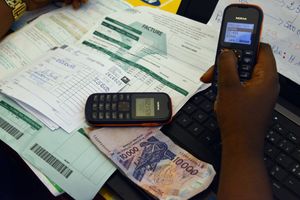